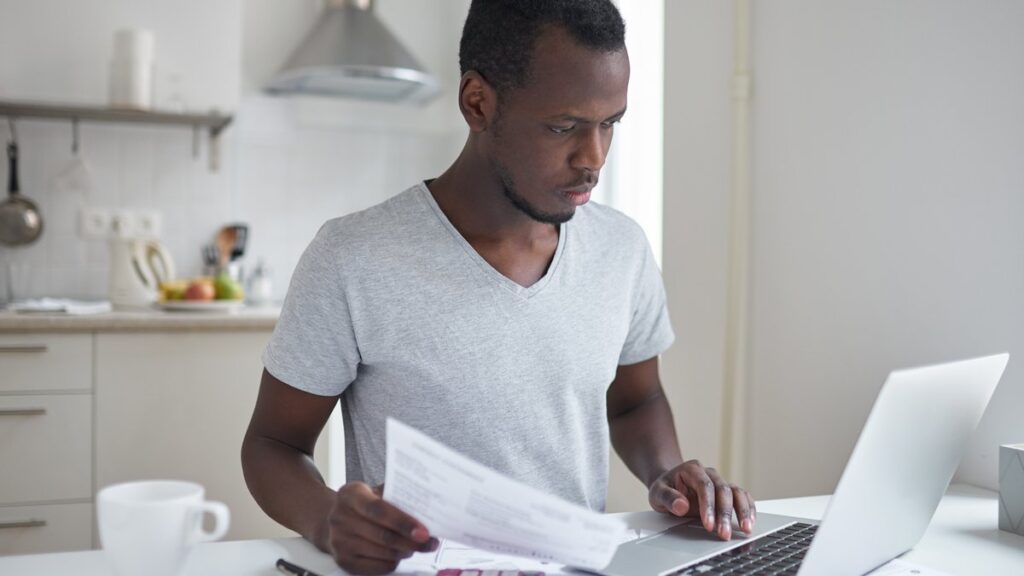 Writing off billions of dollars in student debt could help Joe Biden get started on the giant task of shoring up finances for Black households on the wrong side of yawning gaps in wealth and income, according to economists who’ve studied the idea.

The policy is part of a Biden program that promises to make racial disparities in the U.S. economy a top priority. Senator Elizabeth Warren on Thursday urged the president-elect to cancel student loans via executive order right after he’s inaugurated, saying it’s the best way to rapidly deliver a “massive economic stimulus.”

Americans owe a total of about $1.7 trillion dollars in college loans, the fastest-growing type of household debt over the last decade or so. Because of lower family incomes and funding, Black students tend to rely more on borrowing –- and because they typically have lower incomes and higher unemployment rates after graduation, they’re also more likely to fall behind or default.

Biden has promised to forgive undergraduate loans of up to $10,000 per borrower. Those who attended public colleges, or historically Black private ones, would qualify for additional writedowns if their families earn less than $125,000 a year. He also pledged to cut college fees for future generations of students.

“The way that the Biden plan is structured around college affordability and student debt certainly begins to chip away at what has been a system that disproportionately impacts black and brown families in terms of their ability to build wealth,” said Mark Huelsman, associate director of policy and research for Demos, a progressive think-tank.

Warren and other Democrats including Senate Minority Leader Chuck Schumer have pushed for a bigger forgiveness plan that would stretch to $50,000 per borrower. They say it can be done by executive order, bypassing the need for approval in a Senate where Biden’s Democrats may not have a majority come January.

Biden’s program didn’t say whether he’d use that route to cancel debt. His $10,000-per-borrower plan would mean writing off some $369 billion of loans, according to the Urban Institute. Doing it via executive order could face legal challenges, since Congress typically holds the power of the purse.

The idea of writing off student debt also gets criticized on the grounds that the policy is unfair on non-graduates, who also face tougher job prospects. Still, economists at Moody’s Investors Service are among those who’ve argued it would deliver an overall boost for the economy.

Repayments on federally backed student loans, a large majority of the total amount, were halted this year as part of Congress’s pandemic relief effort, and President Donald Trump used an executive order to extend the freeze until year-end. Absent further action, most borrowers will have to resume payments in January.

That’s likely to be especially tough on Black borrowers. An October study by JPMorgan Chase & Co. found that among that group, one in ten had been unable to make any payments –- compared with one in 39 for White borrowers.

The Black and Hispanic borrowers also had incomes about 22% below their White counterparts, according to the study. The wealth gap is even bigger. The typical Black family’s net worth was about $17,000 in 2016, roughly one-tenth of the figure for White households, according to the Federal Reserve.

Eliminating between $50,000 and $75,000 of student debt for students with a household income cut off at $150,000 would boost the median wealth of black households by at least 34%, according to a study by Louise Seamster, an assistant professor in Sociology, Criminology and African American Studies at the University of Iowa, and a group of researchers.

Some economists, like William Emmons at the St. Louis Fed, caution that debt forgiveness needs to be accompanied by an effort to curb the rising cost of higher education to achieve a long-term fix. That’s the “fundamental issue,” Emmons said.

Since 1990, average tuition and fees have roughly tripled for public four-year colleges, according to the College Board.

“Student debt is both a cause and a consequence of the racial wealth gap,” said Huelsman at Demos. “It’s taken on because we have denied communities of color with public investments that would help them sort of build wealth. But it also is going to be the next driver of the college affordability crisis.”