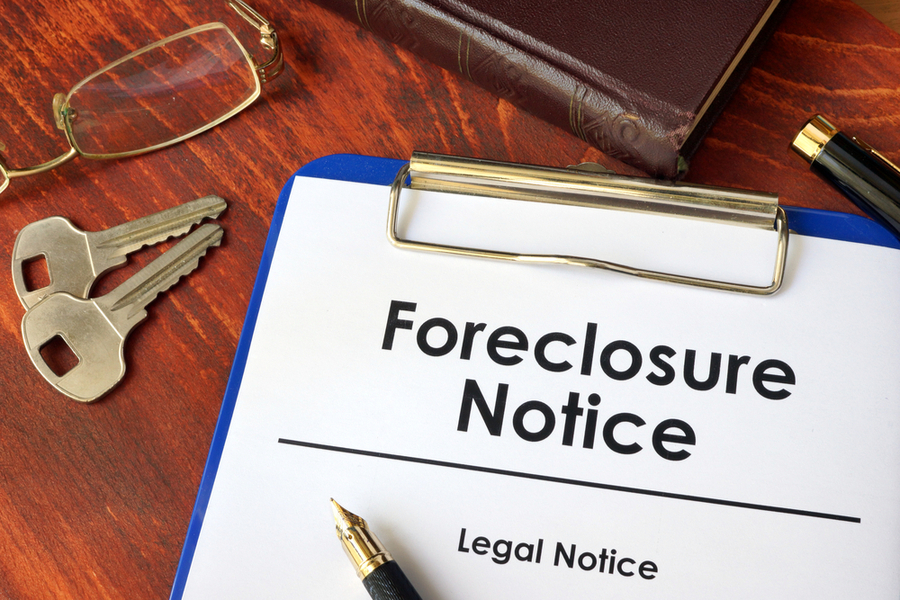 In 2010, there were approximately 1,500 foreclosures commenced against homes by mortgage lenders in Brooklyn. Court records reveal, however, that historically only 8-10 percent of homeowners ever become involved in foreclosure litigation by filing an answer. Despite the many defenses and rights that are available, too many homeowners tragically do nothing but wait for the foreclosure process to take its natural course. Once the house is sold at auction, the point of no return has been reached in the foreclosure lawsuit. At that point, the eviction of the former homeowner is a foregone conclusion. Not filing an answer and participating in the lawsuit is a critical error, which will result in a significant loss of time in the home and the waiver of the homeowner’s rights. Figeroux & Associates can help.

Aggressive Defense
Homeowners must be proactive and aggressive when faced with foreclosure; they must timely file an answer to the lawsuit asserting their defenses. A well-crafted foreclosure defense allows homeowners to assert all of their many rights with the court and to actively fight a foreclosure proceeding by engaging in litigation. By timely filing an answer, and responding to motions, homeowners will achieve a contested proceeding that will preserve their rights and enlarge the time period required for the lender to proceed with its foreclosure case.

When a homeowner defends a foreclosure, that client needs representation from a law firm dedicated to this area of practice. There are many effective strategies, including disputing process of service, challenging the legal standing of the lender to bring the lawsuit, and ensuring compliance by the lender of the many state and federal laws which the lender must satisfy. Figeroux & Associates has experience in all of these areas.

Waiver of Rights
The reality is that in most foreclosures, homeowners wrongly believe that their only choice is to pay the bank what they owe or to move out of the house before the eviction. By ignoring the lawsuit in the courts, homeowners give up their rights to defend the foreclosure and must focus rather on trying to work a deal out with the lender. As a result, lenders are easily able to get default judgments against homeowners which in turn, makes it very simple for lenders to obtain victory in the courts to swiftly sell the home and evict the homeowners. This whole process, if homeowners do not assert their rights and defenses, can take just a few months.

HAMP Does Work in Certain Circumstances
Homeowners must be forewarned that the government’s Home Affordable Mortgage Program (HAMP) may not achieve the results hoped for as a remedy to foreclosure. First, Congress denied the application of $29 billion in TARP funds to HAMP in March 2011 and HAMP is now under threat of being canceled. This is due to the fact that the vast majority of HAMP applicants are denied entry into the program, over 50 percent of the trial modifications are canceled and more than 10 percent of permanent modifications are canceled. HAMP is failing to address the foreclosure crisis and Congress is responding.

Second, even if a lender is actively involved in a mortgage modification application, it is still actively pursuing foreclosure against the home at the same time. This is called “dual tracking.” Under this process, a lender can pursue a foreclosure right up to the actual auction of the home while simultaneously participating in HAMP negotiations. As a result, homeowners must be very careful in their dealings with the lenders and extremely skeptical of their promises of loan modifications.

Lender Violations
As homeowners well know, the owner of the mortgage often changes during the life of the loan. These transfers and assignments of the loan are extremely important during a foreclosure. Only the true owner of the note and mortgage has the right to commence foreclosure. Furthermore, the lenders have been utilizing the Mortgage Electronic Registration System (MERS) since 1997. Under MERS, the actual transfer of the loan is not actually registered in paper with the county clerk’s office. Rather, it is entirely an “electronic” transfer, with no paper record. If the loan was improperly electronically transferred, it is quite possible that the wrong party brought the lawsuit. The plaintiff, therefore, lacks standing and the lawsuit may be dismissed.

Lenders have a duty to provide homeowners and the courts with proof of proper documentation, such as the mortgage, note, recording evidence, and all assignments. Through lawsuits, however, it has been revealed that thousands of mortgages were improperly transferred between lenders without valid documentation. As such, those lenders can not produce the evidence required to allow them to pursue foreclosure. In those circumstances, those lawsuits may possibly be dismissed or at least delayed while the lender searches for the documentation.

New York Real Property Action and Proceeding law § 1304 requires that a specific notice be sent to homeowners at least 90 days prior to foreclosure. This 90-day notice is a prerequisite to the filing of the lawsuit. The failure to comply with the statute may be grounds for dismissal of the case.

Defenses homeowners may possess include lender violations of the Truth In Lending Act and the Real Estate Settlement Procedures Act. Violations of these Acts would be the lenders’ failure to clearly spell out the terms of the loan, failure to disclose material provisions of the loan, failure to provide a good faith estimate of closing costs, and predatory lending practices.
One additional affirmative defense would be an allegation of fraud with respect to variable rate mortgages. Several lenders have recently settled lawsuits against them which alleged that mortgages, which contained variable interest rates, were deceptively marketed and described, without disclosure of the inherent risks. As a result, homeowners with variable rate mortgages need to examine the loan documents carefully, as the lender may have committed a possible fraud.

Finally, one of the requirements a lender has to prosecute a foreclosure is that it must produce an affidavit by a bank officer with first-hand knowledge of the loan to be foreclosed upon. Recent testimony has revealed that lenders have been utilizing a small number of individuals (“robo-signers”) to sign more than 10,000 affidavits a month to address the volume of foreclosures they are actively pursuing. Such volume could not permit robo-signers to review the accuracy of each particular loan before the execution of the affidavit. Therefore, those lenders affidavits may not satisfy the requirements of the CPLR and the court could foreseeably dismiss the lawsuit.

Help Is Available
There is hope. Homeowners have rights under federal and state laws which allow them to fight lenders. New York Supreme Courts are increasingly taking a long hard look at foreclosure actions based on prior illegal conduct by lenders. Homeowners are not helpless to the lender’s whims. It is critical, however, for homeowners to seek experienced legal counsel, such as the attorneys at Tully Rinckey, to determine their rights and to timely assert those rights and defenses in the courts.

If you receive a letter or notice from your lender advising that it may be starting a foreclosure, it is important that you hire an experienced foreclosure defense attorney immediately. If you are served with a summons and complaint of foreclosure, you only have 20 to 30 days to file an answer, dependent on how you were served with the lawsuit. It is critical at that point that you hire an attorney to defend your rights or they may be lost forever.