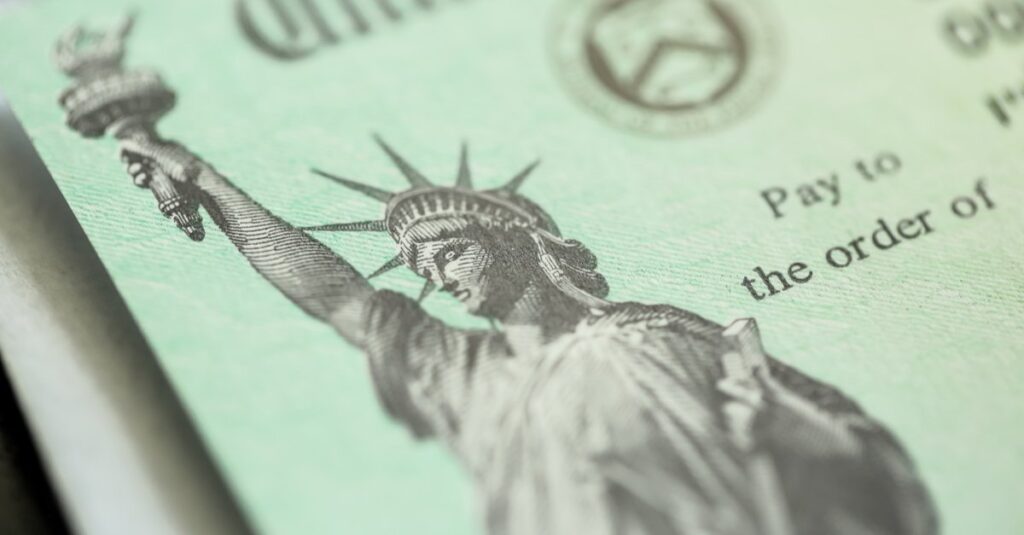 The Biden administration could be open to adjusting eligibility levels for the next round of coronavirus stimulus checks to ensure the relief flows to families who need the emergency funds the most, the president’s top economic advisor said Tuesday morning.

Brian Deese, who joined CNBC’s “Squawk Box” from the White House, said he has welcomed Republican feedback in recent days and the party’s focus on targeting President Joe Biden’s relief plan to those in dire financial straits.

“When it comes to the checks, we put forward a proposal that … passed the House with 275 votes — 44 Republicans voted for it,” Deese, director of the National Economic Council, said, referring to the bill the House approved in December that included $2,000 direct payments as proposed by then-President Donald Trump.

“Certainly, if there are ways to make that provision, and other provisions, more effective, that’s something that we’re open to, that we’ll have conversations about,” he added.

Deese’s comments came as the president’s $1.9 trillion American Rescue Plan faces critiques by a bipartisan group of lawmakers hoping to reduce the proposal’s price tag by either passing it in parts, or by tightening requirements for families and individuals to qualify for another round of checks.

“It was a good call, it was a constructive conversation. And this is part of the process,” Deese said of Sunday’s discussion. “The president put forward a plan, we’re now engaging with members of Congress from both parties to consult with them.”

As written, the president’s plan calls for funds to streamline vaccinations, a $400 weekly unemployment supplement, state and local government support, and a $15 minimum wage. It also calls for $1,400 stimulus checks, which compromise about $1 trillion of the total $1.9 trillion proposed.

For Democrats, who hold a razor-thin majority in the Senate, opposition to the bill from any one party member puts the legislation in jeopardy. The chamber is currently split 50-50 with Vice President Kamala Harris as the tiebreaking vote.

Thus, early opposition to the size of the bill from Sen. Joe Manchin, D-W.Va., has forced the Biden administration to seek support from more moderate members of the GOP, including Sens. Lisa Murkowski of Alaska and Mitt Romney of Utah.

Even before Biden’s inauguration, Manchin, the most conservative Democrat in the Senate, reportedly said he would “absolutely” oppose another coronavirus relief check to Americans. He later clarified that he wants to ensure that any new round of stimulus is directed only to those who need it.

He and Republican colleagues also argue it could be too early to fully appreciate the economic benefit of the $900 billion stimulus package Congress passed in December, which included $600 checks.

Amid the bipartisan haggling, Biden on Monday said he would consider curbing eligibility for the checks if it could help secure Republican support in Congress. The president has for months named Covid-19 and emergency relief his No. 1 priority.

“Because it was bipartisan, I thought it would increase the prospects of passage — the additional $1,400 in direct cash payment to folks,” Biden said at a news conference. “Well, there’s legitimate reason for people to say, ‘Do you have the lines drawn the exact right way? Should it go to anybody making over X-number of dollars or why?’”

“I’m open to negotiate those things,” he added. “That’s all.”

The debate over another round of stimulus checks comes as millions of Americans remain unemployed thanks to the Covid-19 pandemic and the recession it sparked last year.

The Labor Department reported on Thursday that 900,000 Americans filed for state unemployment benefits for the first time during the week ended Jan. 16. Meanwhile, the U.S. unemployment rate stood at 6.7% in December, which, before the global Covid-19 crisis, would be the highest jobless rate since March 2014.

Betsy Heimbuch, a resident of Jamestown, New York, told CNBC that she and her husband are struggling with the rise in costs for everyday items sparked by the pandemic.

She wrote that she receives income from the Social Security Disability Insurance program and that she spent her first stimulus check to buy a smartphone to Skype with her husband, who is in a nursing home.

“The costs of groceries is astounding. I am living on cottage cheese & fruit. My milk runs out on Monday and I have no extra funds go buy more until next Wednesday,” Heimbuch, 75, wrote in an email. “I feel more stressed now than last summer. I take anti anxiety meds. I wear a mask at all times & practice social distancing. But I see neighbors taking trips and going here and there without masks.”

“The stimulus relieves a lot of STRESS,” she added.

Many influential economists, including Federal Reserve Chairman Jerome Powell, have warned that high levels of joblessness could eventually lead to an even greater rise in homelessness if Congress fails to extend eviction moratoriums or pass additional stimulus.

About 18% of renters in the U.S., or around 10 million people, are behind in their rent payments as of the beginning of January. That is far more than the approximately 7 million homeowners who lost their property to foreclosure during the subprime mortgage crisis and Great Recession more than 10 years ago.