U.S. federal debt to exceed size of economy even before Biden stimulus is approved, CBO says 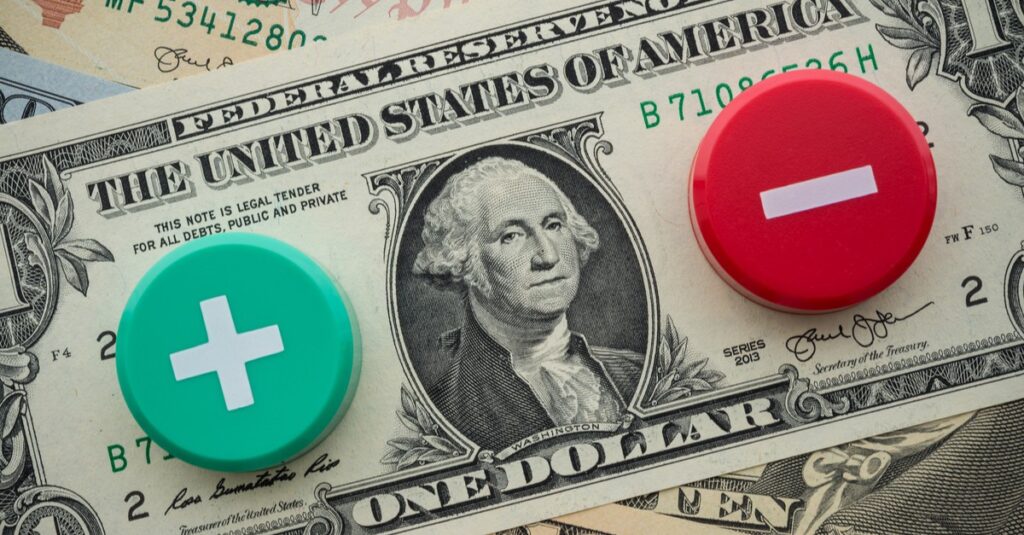 America’s federal debt is set to exceed the size of the entire U.S. economy this year for only the second time since the end of World War II, a reflection of the extraordinary emergency measures approved by Congress in response to the coronavirus pandemic, the nonpartisan Congressional Budget Office said Thursday.

The remarkable surge in federal borrowing is due largely to the more than $4 trillion in spending approved by the federal government to fight the pandemic since March. As a result, the federal government’s debt burden will in 2021 be larger than the size of the total U.S. gross domestic product, a measure of all the goods and services in the economy, according to the CBO. 2020 was the first time this had occurred since 1946, when the country was fresh out of World War II.

Democratic lawmakers and many economists say another spending blitz is necessary to stabilize an economy that has stalled out and a job market that faces the prospect of permanent scarring. Federal Reserve Chair Jerome H. Powell said the unemployment rate for January should be considered closer to 10 percent, rather than the official number of 6.3 percent, due to misclassification errors and workers permanently leaving the labor force.

But Republican lawmakers and deficit hawks warn that such unprecedented levels of peacetime spending threaten a risk to the economy. A sudden surge in inflation — not currently considered likely or imminent — could force the Federal Reserve to raise interest rates, which would in turn dramatically increase the costs of U.S. borrowing. The central bank has vowed to keep interest rates low.

The CBO’s debt estimates are based on current policy and do not account for the $1.9 trillion stimulus package Democrats are expected to pass in a matter of weeks.

“It’s pretty horrific. The trouble is it’s high and escalating and on an unsustainable trajectory,” Douglas Holtz-Eakin, who served as director of the CBO and as chief economist to the campaign of Sen. John McCain (R-Ariz.), said of the debt figures. “World financial markets will at some point lose their faith in the ability of the U.S. to make the numbers add up, and they will either cut us off entirely or charge prohibitively high rates.”

Democrats are expected to press forward with their relief package despite the federal debt. America’s economic recovery from the coronavirus has sputtered as the pandemic rages across the country this winter. Alarmingly, job growth in the United States has all but stalled out, even as about half of the 22 million jobs lost during the crisis have returned.

President Biden’s relief package would devote hundreds of billions of dollars to the U.S. response to the public health crisis, including vaccine distribution; another round of stimulus payments for millions of American households; extended unemployment benefits through August; and spending for schools and local governments. Biden has frequently downplayed the potential danger of spending too much, and White House officials have pointed to a range of Wall Street analysts who have said more spending is necessary.

Additionally, inflation has remained firmly in check, and the central bank has signaled it would not hike rates even with modest price increases. Powell noted on Wednesday that inflation “has been much lower and more stable over the past three decades” than it had before.

“The biggest risk is not going too big, if we go — it’s if we go too small,” Biden said last week at the White House.

Some economists say more deficit spending could be the help the economy needs. Joseph E. Stiglitz, a Nobel Prize-winning economist at Columbia University, said a significant gap remains between the nation’s actual economic output and its potential economic output. Lawmakers should be focused on closing that gap to reduce unemployment and expand the economy, he said.

“Deficit spending expands output and employment, which can generate more tax revenue,” Stiglitz said. “If as the result of a little more deficit spending we get more growth and higher employment, that should not be too big a worry.”

Yet, just last week, former Obama administration economic adviser Larry Summers penned a column in The Washington Post warning that another big stimulus package would bring some risk of setting off inflation.

“There is a chance that macroeconomic stimulus on a scale closer to World War II levels than normal recession levels will set off inflationary pressures of a kind we have not seen in a generation, with consequences for the value of the dollar and financial stability,” he wrote.

To be sure, even the CBO has warned about the challenges in their projections. Its debt and deficit projections could worsen significantly if the pandemic or new coronavirus variants continue to wreak havoc on the American economy. The CBO projects that higher levels of vaccinations will dramatically reduce the number of coronavirus cases, with economic growth quickly returning to pre-pandemic levels by as soon as the middle of 2021.

Even under this relatively rosy scenario, the CBO projects the national debt is now on pace to grow to 107 percent of the GDP by 2031 — which would be an all-time high in American history.

But the rollout of vaccines has proven uneven at times, and fears have mounted about new variants of the virus and their effect on the nation’s pandemic response and economic recovery more generally. The CBO said in July that its projections reflect an “average of possible outcomes,” noting the unusually high uncertainty surrounding the pandemic.

“There are so many uncertainties: about the vaccine; about when people come back to work; about what this looks like on the other side — and the standard way of CBO presenting their thinking does not have a framework for quantifying those risks,” said Claudia Sahm, an economist who worked at the Federal Reserve. “And that’s a big problem right now because people are basing their policy advice on these numbers.”

Other budget experts point out that tackling the federal deficit requires more structural reforms to the nation’s economy, such as its low federal tax rates and projected increases in spending on Medicare and Social Security.

The United States is projected to hold about $21 trillion in debt in 2021, and that number is expected to increase to $32 trillion by 2030. A $1.9 trillion stimulus bill represents a fraction of that increase, although White House officials have also discussed trying to approve a multitrillion-dollar infrastructure package later this year. The CBO projections also assume the expiration of numerous provisions of the 2017 GOP tax law aimed at the lower and middle class by the middle of this decade.

Marc Goldwein, senior vice president at the Committee for a Responsible Federal Budget, which pushes for deficit reduction, said lawmakers face a long-term challenge in getting spending and deficit levels to balance. That is not something that hinges on the precise size of Biden’s stimulus package, Goldwein said.

“Even without the $1.9 trillion, we will be at record-high debt levels” in a few years, he said. “Realistically, it’s going to come much sooner than that.”