The Fed is Going to Hike Rates Regardless if Biden’s Nominees Are Confirmed, Economists Say 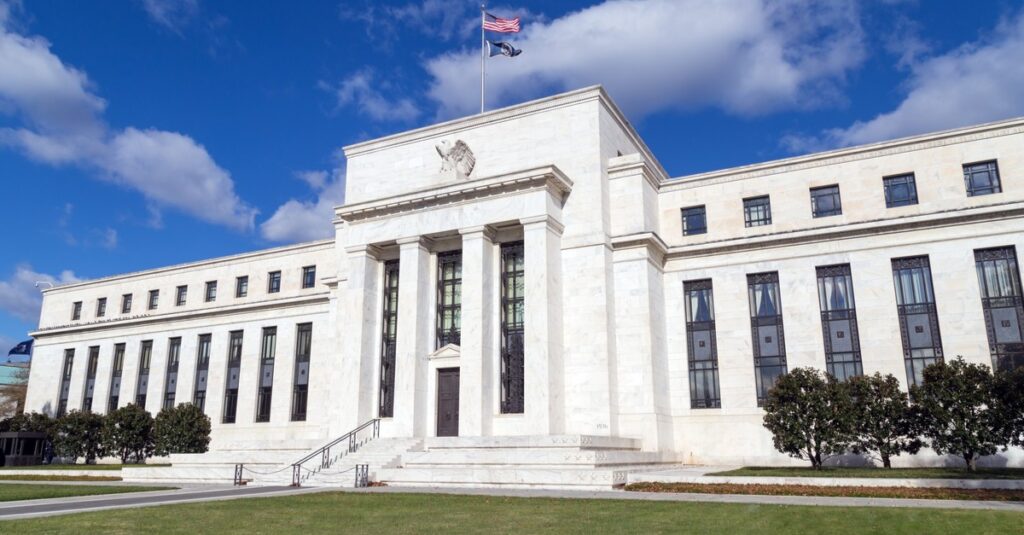 There may be plenty of reasons to confirm President Joe Biden’s nominees to the Federal Reserve, but economists say concern that the central bank won’t act to rein in inflation shouldn’t be among them.

It is virtually guaranteed that the Fed will hike interest rates next month to combat rising prices even if Sarah Bloom Raskin, Lisa Cook and Philip Jefferson are yet to be confirmed by the Senate, according to three economists who spoke with CNBC.

The Fed is “going to raise rates in March,” said Jason Furman, who served as chair of the Council of Economic Advisers in the Obama administration. “The only question is, do they raise by 25 basis points or 50 basis points?”

The White House and top Democrats have in recent days raised concerns that without a fully staffed Fed board of governors, the central bank will lose its edge on rising prices. But economists suggested the urgency behind that messaging is politically motivated and that the Fed’s chances to quell inflation aren’t tied to this confirmation process.

Democrats on the Senate Banking Committee are frustrated with an ongoing Republican boycott that is preventing them from advancing all five of the president’s Fed nominees, including current board members Chair Jerome Powell and Lael Brainard.

The GOP says the main reason behind their blockade is concern over Raskin, her views on climate policy and her prior work for fintech company Reserve Trust.

But economists who are tracking the inflation outlook say the Fed is equipped to curb inflation even if the politics stays messy.

Furman said lawmakers should take comfort in the fact that the Fed has already telegraphed several rates hikes ahead.

“I don’t think [the nominees] dramatically change the course of monetary policy one way or the other in the near future,” Furman, now a professor of economics at Harvard University, said of Raskin, Cook and Jefferson.

Asked for comment, the White House referred CNBC to a statement made by Treasury Secretary Janet Yellen in January about the president’s candidates.

“I am confident these nominees will build on that progress. I also know that these individuals will respect the tradition of an independent Fed, as they work to fight inflation, support a strong labor market and ensure our economic growth benefits all workers,” Yellen said on Jan. 14.

“I strongly believe that a fully staffed Federal Reserve is critical to our economic success, and I urge the Senate to act swiftly to confirm these nominees,” she added at the time.

The Fed, the globe’s most powerful central bank, is tasked by Congress to maximize employment and keep inflation in check through adjustments to interest rates. It tends to raise borrowing costs when it feels the economy may be overheating, and it cuts rates in times of economic duress.

It slashed rates to near zero in the spring of 2020 as the Covid-19 pandemic swept across the world and forced thousands of businesses nationwide to close. But now, with vaccines widely available and annualized inflation running north of 7%, the Fed is widely expected to make it more expensive to borrow throughout 2022.

Investors say there’s a 71% chance the Fed raises the overnight lending by 25 basis points at its March meeting, while 29% are betting they go big with a 50-basis-point jump, according to the CME Group’s FedWatch tool.

But with Republicans holding up the confirmation of the president’s nominees, some Democrats have suggested in recent days that the Fed could be left without sufficient firepower to curb the steep inflation.

“Everyone understands we need a full Federal Reserve Board — the first one in nearly a decade — to tackle inflation and bring prices down for American families,” Jen Psaki, the White House press secretary, said on Wednesday.

That sentiment was echoed a day later by Sen. Sherrod Brown, the chairman of the Senate Banking Committee that is attempting to recommend the president’s nominees to the broader Senate.

“Ranking Member Toomey is holding up our fight against inflation because Ms. Bloom Raskin doesn’t remember a phone call from five years ago,” Brown said in a press release on Thursday.

Moody’s Analytics economist Mark Zandi said Thursday that he likes all of Biden’s nominees, but added that he’s certain the Fed will hike next month.

“Oh yeah. That’s a slam dunk. It’s just a question of how many rate hikes this year, and for the March meeting, whether they should go for a 50-basis-point hike as opposed to a quarter-point hike,” Zandi, chief economist at Moody’s Analytics, said Thursday.

“I think there are a lot of reasons why these nominees should be approved,” Zandi said. “But I wouldn’t put fighting inflation at the top of the list.”

He suggested Thursday evening that the additions of Raskin, Cook and Jefferson to the Fed’s governing body would make the central bank more “dovish,” or more apt in general to favor easier monetary policy and lower rates.

“The Board and Committee can operate fine without the confirmations,” he wrote in an email. “It’s not like adding three doves will speed up the hiking cycle.”