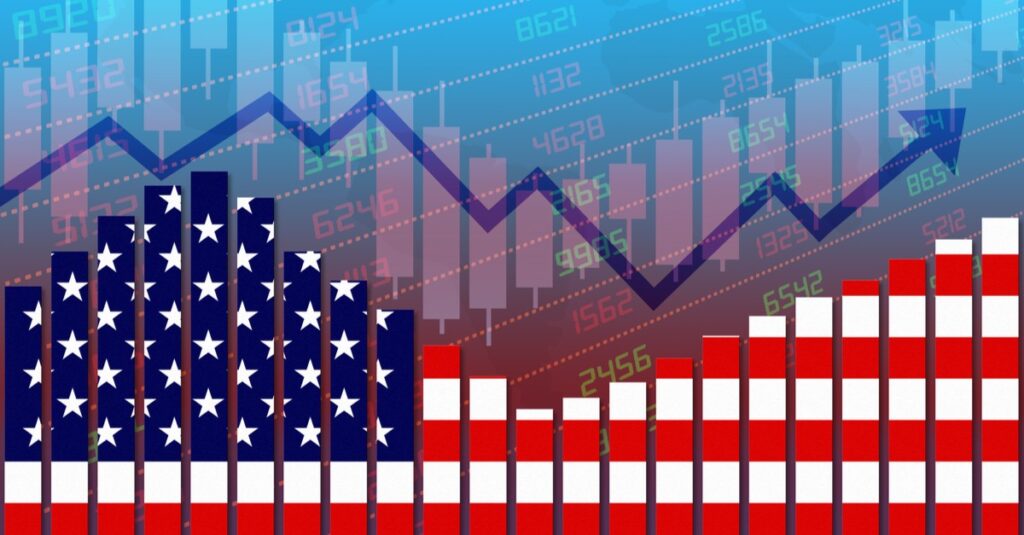 The velocity of the U.S. economy’s post-pandemic rebound hinges on more than just an increasingly capable consumer, and business spending appears poised to deliver its own boost.

Economic growth balances on a combination of factors, notably consumer spending, housing demand, government outlays and investment. And while household spending is poised to surge in the next two quarters, capital investment is already flexing its muscle.

Like the rest of the economy, nonresidential fixed investment — including capacity-enhancing projects such as warehouses, distribution facilities, machinery, computers and software — plummeted in the first half of 2020. But in the last half of the year, business spending surged, driven in large part by investment in equipment.

In the fourth quarter, when consumers pulled back after a record pace in the previous three months, nonresidential outlays raced ahead and outpaced personal spending by the most since 2011 in percentage terms. More recent monthly data show business investment growth continues to roll on.

From August through January, orders for capital goods excluding military hardware and commercial aircraft — a proxy for business investment — posted the strongest six-month annualized pace of growth in data back to 1992.

The Commerce Department’s durable goods report on Wednesday is projected to show a 0.5% gain in February core capital goods orders.

Part of that may reflect pent-up investment. A recent Census Bureau survey of small businesses found that nearly a fourth of the respondents had postponed their planned 2020 capital expenditures. As economic growth strengthens, smaller firms could join larger companies in plowing more capital into their businesses.

A Deloitte LLP survey of 128 chief financial officers across North America showed first-quarter capital spending in the U.S. rising 9.8% from a year ago.

Investment in equipment will rise another 15.5% on an annualized basis in the first quarter after growing 25.7% in the final three months of 2020, according to the latest Federal Reserve Bank of Atlanta GDPNow estimate. Intellectual property and outlays for nonresidential structures are also seen advancing further.

“The pandemic itself and the aftermath will require business investment,” Rose said.

For instance, when a restaurant reopens under new management, some of the idle equipment can be re-used but still, a sizable amount of investment is required to retool the space. An estimated 91,000 restaurants and bars closed in 2020, the bulk of which were small, according to data compiled by Technomic, a Chicago-based research company. Some of these spaces are being converted into chains and ghost kitchens.

“Companies that couldn’t keep their head above water had to pull the plug, but there are opportunities out there to change business models,” said Jennifer Lee, senior economist at BMO Capital Markets. “Changing things around to keep your customers and yet keep the lights on — that spurs spending.”

Other investments may be more structural, such as adding more warehouses and distribution centers or perhaps re-designing or converting office space. Google said Thursday that it’s planning a $7 billion investment in offices and data centers that could create 10,000 new jobs this year.

Frank Conforti, chief operating officer of Urban Outfitters said on a March 2 earnings call that capital expenditures are planned at about $250 million for the clothing retailer’s fiscal year, in large part because of the construction of a new distribution facility just outside of Kansas City.

New technologies, such as 5G, may also come into play. As will broader initiatives like shifting to more environmentally friendly products and business practices.

Boeing Co. received 82 orders in February — its second-best month in two years — as some airlines shift toward more fuel-efficient planes.

The rise of automation will also play a role. Research has shown the pandemic accelerated the automation of jobs, and by 2025 the World Economic Forum estimates the time spent on current tasks by humans and machines will be equal. Half of the employers surveyed for the report said they planned to accelerate automation as a result of Covid-19.

Hugh Johnston, chief financial officer of PepsiCo, said in February that he expects capital spending to remain “elevated for the next couple of years” as the company looks to increase plant automation and capabilities.

Low borrowing costs have the potential of supporting capital investment, though research shows mixed evidence on the impact of interest rates and business spending.

For the businesses that can invest, the recently-signed $1.9 trillion pandemic relief bill — the second-largest stimulus package in U.S. history — offers an additional incentive.