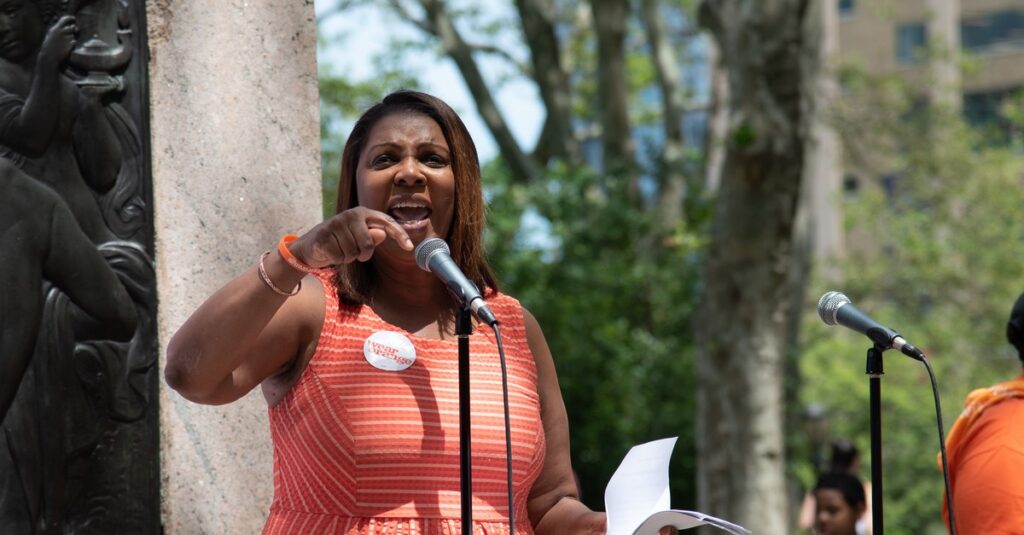 “As New Yorkers continue to face economic instability spurred by the pandemic, it is imperative that we continue to protect their wallets from unscrupulous actors,” said Attorney General James. “This official guidance makes clear that banks and debt collectors cannot freeze or seize stimulus funds that are intended for New Yorkers, especially those most in need during this time. My office remains committed to protecting New Yorkers’ rights, and ensuring that any institution that violates this guidance will be held accountable to the fullest extent of the law.”

Attorney General James’ guidance is based on multiple state and federal consumer protection laws and clarifies that any attempt to garnish stimulus funds from New Yorkers will be treated as a violation of these laws.

Under New York law, certain types of property — including public benefits, like public assistance, social security, and veterans’ and retirement benefits — are exempt from execution, levy, attachment, garnishment, or other legal process by a judgment creditor seeking to satisfy a monetary judgment. The New York State Court of Appeals has held that exemption statutes “are to be construed liberally in favor of debtors” because exemptions “serve the important purpose of protect[ing] the debtor’s essential needs.”

American Rescue Plan Act stimulus payments are similarly aimed at debtors’ or borrowers’ essential needs and — under Attorney General James’ guidance — will therefore be treated and are subject to the same protections as statutorily exempt payments, and will not be subject to garnishment — a legal mechanism that typically involves the “freezing” of funds in a bank account by creditors or debt collectors. Attorney General James’ guidance today advises banking institutions that American Rescue Plan Act stimulus payments will follow similar legal processes as other public benefits, and any person or entity that garnishes or attempts to garnish these payments will have violated multiple state and federal consumer protection laws.

Today’s guidance also addresses what are known as “setoffs” — where a financial institution seizes funds in a consumer’s account to pay a debt owed to the bank. American Rescue Plan Act stimulus payments are now exempt from this abusive and unfair practice, and Attorney General James is urging all financial institutions to follow the lead of the nation’s largest banks, which have committed to ensuring that consumers are able to access the full value of their stimulus payments.

This guidance does not apply to any actions taken by the state of New York, including, but not limited to, any actions to collect past due child support.

The American Rescue Plan Act authorized the Treasury Department to issue emergency stimulus payments of up to $1,400 for eligible adults and up to $1,400 for eligible children to help offset the costs of essentials, like housing, groceries, car payments, and other necessary expenses. According to the Treasury Department, as of last week, approximately 90 million Economic Impact Payments from the American Rescue Plan Act had already been distributed to individuals throughout the nation, with more expected in the coming weeks.