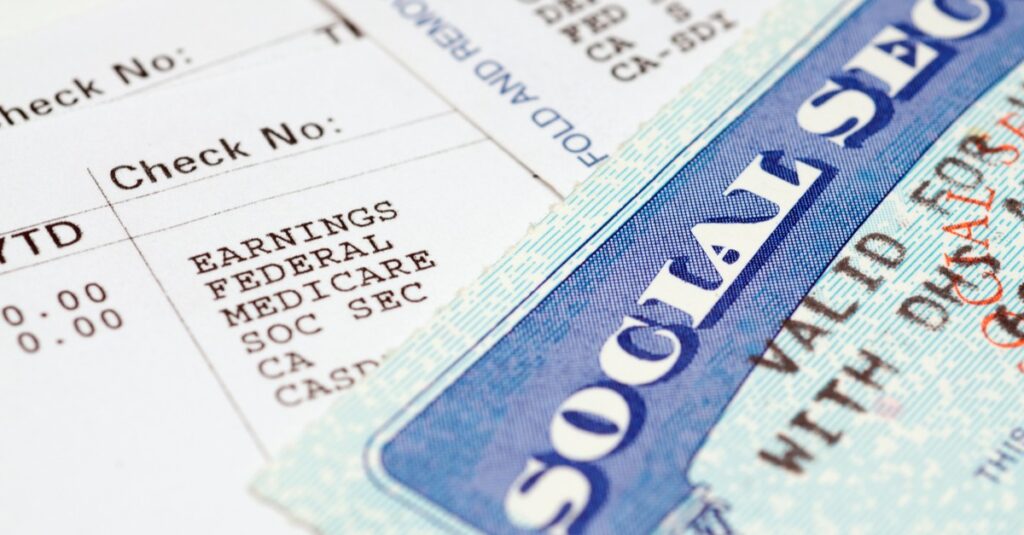 IRS officials have touted the agency’s delivery of the latest round of stimulus checks as reaching eligible Americans in “record time.” Yet some Social Security recipients in urgent need of financial assistance say they’re still waiting for the emergency relief payment.

The problem at first sat with the Social Security Administration (SSA), according to a March 24 letter from the House Ways and Means Committee to the benefits agency. The letter stated that 30 million Social Security recipients were still waiting for their checks, and that the IRS had asked the SSA to send it payment files two weeks before the checks were signed into law by President Joe Biden on March 11.

“As of today, SSA still has not provided the IRS with the payment files that are needed to issue [stimulus checks] to these struggling Americans,” the letter said. It was signed by Representatives Richard Neal, John Larson, Bill Pascrell and Danny Davis.

Their prodding appeared to have paid off, with the Social Security Administration sending payment data to 30 million recipients on March 25. But as of Monday, the IRS said it was still working on getting the checks out to those beneficiaries.

On Monday, the IRS said it had received the payment information for the 30 million beneficiaries, adding “We anticipate proceeding to make the payment soon,” although it didn’t specify a timeframe.

“As the IRS works to compute eligibility, the size of payments and cross-match individuals for payments, we are well aware of the need for the fastest possible payments to these important groups,” the IRS said in the Monday statement to CBS MoneyWatch. “We will provide a more detailed update regarding these payments very shortly as plans are finalized.”

As of Tuesday, some Social Security recipients said they were still waiting for the payments, noting that the delay is causing them financial stress and problems. Some said they felt left out because others have received their payments within days — while they’re still waiting. On social media, some retirees pleaded with lawmakers such as President Joe Biden and Senator Bernie Sanders to step in and provide help.

Mark Stevens, 65, took notice when the IRS on March 12 said that a payment date for Social Security recipients would be announced “shortly.” The Pensacola, Florida-based retiree expected his stimulus money to arrive quickly given that the second relief payment approved by lawmakers in late December had arrived within two days of the signing of the law that authorized it. But no such luck.

“To me, ‘shortly’ is two to three days, not two weeks,” Stevens said. “People in my situation are feeling lied to.”

The IRS hasn’t specified when Social Security recipients and other federal aid beneficiaries might get their stimulus checks, which amount to $1,400 for each eligible adult and dependent. But given that many get their federal payments through direct deposit to their bank account, they said they are perplexed over why it’s taking the tax agency more time to deliver the checks to them than to others. So far, the IRS has deposited more than 90 million payments in people’s accounts or mailed checks and pre-paid debit cards.

The delay in delivering stimulus payments to Social Security recipients and others on government assistance drew attention from lawmakers earlier this week. On March 22, members of the House Ways & Means Committee wrote to IRS Commissioner Chuck Rettig and Social Security Administration Commissioner Andrew M. Saul to express concern and demand an update on the delivery of checks to these groups by Friday.

They followed with the letter on Wednesday, demanding “that you immediately provide the IRS with this information by tomorrow, March 25, 2021.”

In the March 22 letter, they noted, “Some of our most vulnerable seniors and persons with disabilities, including veterans who served our country with honor, are unable to pay for basic necessities while they wait for their overdue payments.”

The IRS and Treasury have so far issued 127 million payments, with a value of $325 billion. Many of those checks are paper checks or pre-paid debit cards that will be mailed to recipients. It’s possible that some Social Security recipients will receive mailed checks from those earlier rounds of payments or subsequent rounds of payment.

The IRS has prioritized delivering the checks to people who have either filed their 2020 or 2019 tax returns, as well as those who used the “Non-Filers” website that the agency operated last year.

Part of the frustration felt by Stevens and others is the difficulty they report getting information from the IRS’ “Get My Payment” website. Stevens, who said he didn’t use the “Non-Filers” website last year, said he has received a “Payment status not available” message.

That can mean a couple of things. It may indicate the tax agency either hasn’t processed a person’s payment or that people aren’t eligible for a stimulus payment, the IRS has noted.

Among those experiencing problems is Sydney Chandler of Los Angeles, who has been helping her disabled cousin track his stimulus check. So far, she said he hasn’t received it and is getting the same “Payment status not available” response from the IRS website.

“What was infuriating to me and lots of people out there was the fact that the IRS already had their direct deposit information,” Chandler said. “You can’t get an answer out of the IRS or out of the Social Security Administration.”