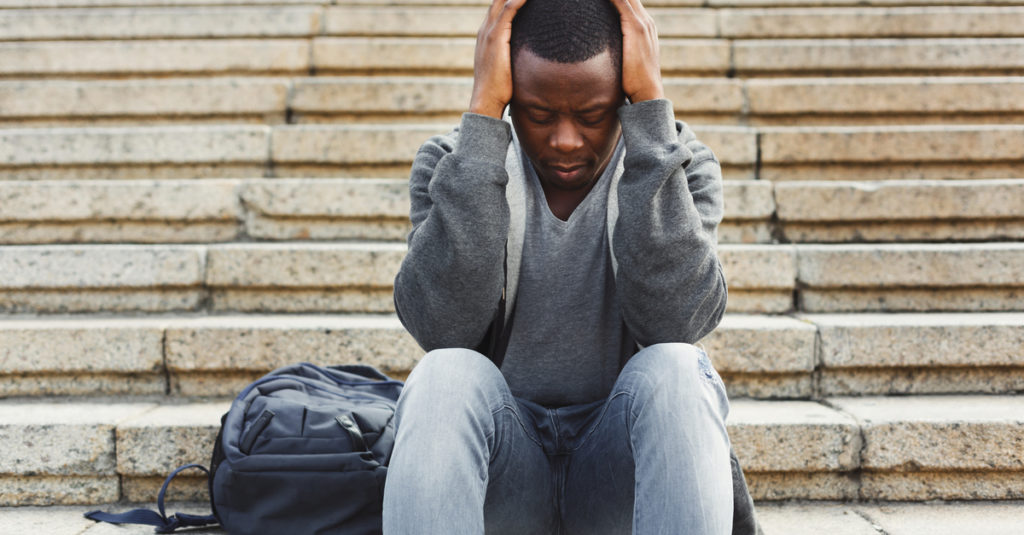 By now, we have all heard how immense the student debt crisis actually is. So, it should come as no surprise that student loans continue to wreak havoc on the lives of students who graduate with loan repayments. What is more, though, is that the loans carry on their effect long after students graduate.

In the mix of this predicament, black students who borrow funds for their college careers end up getting hit the worst by the effects of the debt crisis. Oftentimes, the black student-borrower who is in debt was a first-generation college student. What this has the potential to mean, is that their family did not predict the high costs of college and all that goes along with it. But even if they did, sometimes their family savings are not enough to send their child off for their studies without a loan.

It all starts somewhere and in this case, there are societal reasons. Black borrowers have less wealth in their names compared to other races. This speaks to their lack of inherited wealth from parents, grandparents and other family members who leave items to them in their Wills and by other means. The lack of wealth also comes from how much they personally earn in their own jobs. Black students are not always afforded the same job opportunities or the same pay as their white peers.

According to a Nerdwallet article, there are more black borrowers than there are white or Latino borrowers. That number rounds off to 87% of black students who borrow, compared to the other two ethnic groups. “A quarter-million federal direct student loan borrowers see their loans go into default for the first time every quarter,” the Urban Institute stated in their research. On top of that, black borrowers are more likely to default on their loans. A default on a federal student loan occurs after nine months of inactive payments. Once that goes into effect, the federal government then has the right to seize their paychecks. In addition to that, the student who has defaulted on their loan can be sought after by debt collectors.

This all puts a massive dent in the student’s credit score and directly affects how they will purchase a home, vehicle or any costly item in the future. A year or two before the student defaults on their loan their credit score sees a 50 to 90 point decline, as reported by the Urban Institute.

What further envelops black borrowers into more debt is their enrollment in graduate school after receiving their bachelor’s degrees. The need for more schooling after completing their undergraduate studies stems from the lack of opportunities offered to black graduates with just bachelor’s degrees. Black students typically decide that obtaining their master’s degrees will heighten their job prospects but in doing so, they have a wider pool of loans with higher amounts they can delve into. But, this puts them in the red zone for defaulting on their grad school loans more than they would for their undergraduate school loans.

It must be noted that the reasons why black borrowers default on their student loans and fall into more debt are simply unavoidable unless there is a complete overhaul of society.  In the meantime, black borrowers should apply for federal aid before they decide on federal or private loans. This can be done through the Free Application for Federal Student Aid (FAFSA) application which not only issues Pell Grants but also work-study opportunities. Secondly, it is best to seek scholarships which are handed out not only based on academic excellence but according to different criteria met by the applying student. After trying the above methods and incorporating your own savings, if possible, and college is still too expensive, then opt for a federal loan before you apply for a private loan.  Federal student loans for college include Direct loans (Subsidized and Unsubsidized), Perkins loans, Parent PLUS loans, and GradPLUS loans. Typically, federal loans are favored because they offer lower interest rates and some recourse of forgiveness. They are aimed at making higher education a possibility for every student in the nation.

If you are a borrower, but especially a black borrower, be wary of your due dates and sketch a plan of payment so you keep on top of your loan before it gets out of hand. Should you foresee a missed payment or begin to fall behind on your loan repayments, reach out to the loan servicer. Loan servicers know you are not the first student to experience the hardship repayment brings. Reaching out to them could result in a collaborative plan of action you both put together. A lack of communication could end up costing you so much more.