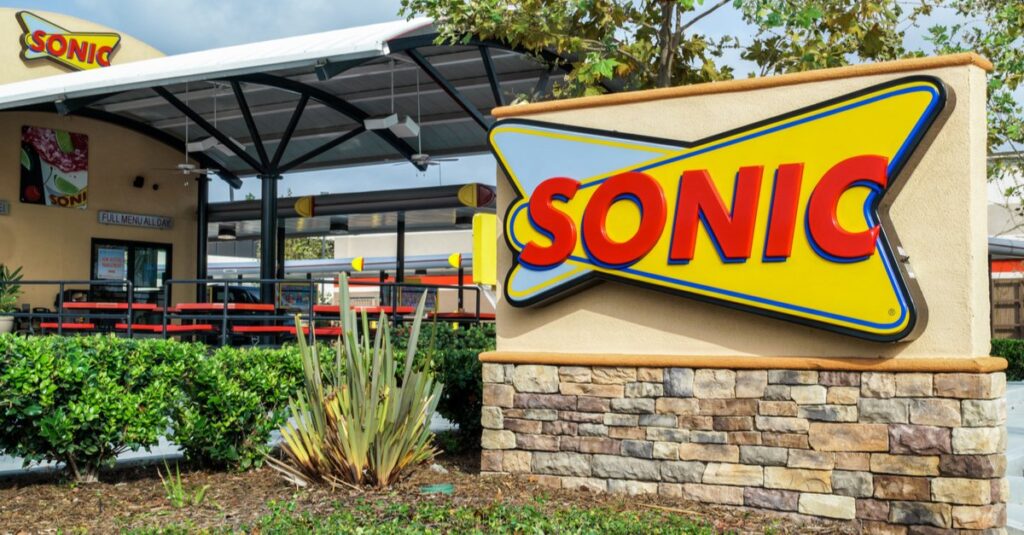 Ongoing revelations about how big businesses and chains were able to secure hundreds of millions of dollars in funding from the Paycheck Protection Program are shaping discussions in Congress about which employers should be eligible if another $300 billion is approved under another proposed stimulus package.

National chains received tens of millions of dollars more from the emergency small-business program than previously known. For example, more than 1,000 Sonic Drive-In restaurants received PPP funds, accumulating more than $100 million in all, according to a Washington Post analysis of recently released Small Business Administration data. These funds were acquired despite the fact that Sonic is backed by a private-equity giant and performed well during the pandemic.

Meanwhile, there is mounting evidence that other PPP recipients have had to lay off scores of workers because of the longer-than-expected pandemic and because recipients were not allowed to receive funds more than once. Employers that received PPP cut an estimated 900,000 jobs nationwide as a result of their loans expiring, according to a new analysis of data from Gusto, a payroll, and benefits company.

Give Kids the World, a nonprofit resort in Kissimmee, Fla., that offers free vacations to terminally ill children, closed March 18 over health concerns. Most of its 204 staff members, who worked jobs in areas such as housekeeping, reservations, and foodservice, were sent home.

A $1.75 million PPP payment allowed the nonprofit to pay its staff members through April and May even though they weren’t working. But most of them had to be laid off on June 27 after the PPP funds ran out.

The day she laid off her staff “was the most heart-wrenching day I’ve ever experienced, and I’ve been here 29 years now,” said Pam Landwirth, the nonprofit’s president and chief executive.

“I think Washington needs to remember this is just not a sprint; this is a marathon, unfortunately,” Landwirth said.

The diverging fortunes ― of larger employers that reaped PPP money despite perhaps not needing it, and of smaller ones that ran out of it and are struggling ― have put pressure on congressional leaders to rework the program’s rules should it approve another $300 billion pot of funds.

Discussions over a new stimulus package remain mired in disarray. But two leading senators on small-business issues, Marco Rubio (R-Fla.) and Ben Cardin (D-Md.) agree that a new round of funding should permit businesses to receive a second PPP payment.

“There might be just days left in 2020, but the COVID-19 pandemic’s devastation will continue in the new year,” Rubio said in a statement.

More funding would also probably require businesses to show that they’ve lost income because of the pandemic to receive loans, which turn into grants if used properly. That probably would eliminate drive-in restaurants that have fared well this year, as well as some law firms, staffing firms, and other businesses that have not been badly affected.

Rubio calls PPP “a historic success,” but other changes are on the table. Under a proposal by him and other Senate Republicans, the most any company could receive would be $2 million, down from $10 million, and the most employees a company could have is 300, down from 500.

Cardin said in an interview that he would also limit the total amount of funds that affiliated companies ― such as restaurants or hotels of the same chain ― may receive.

Congress is “certainly in agreement that you want to limit the amount that can be given to these large organizations,” Cardin said.

“We learned from the first round that [the program] was very effective at getting money out quickly, but those with established banking relationships got to the front of the line, in some cases at the expense of underserved businesses,” he said.

A wide array of industries, among them owners of independent restaurants, child-care centers and newspapers, have asked for targeted relief because of how the pandemic has ravaged their businesses. In the Republicans’ proposal, additional set-asides would benefit businesses with 10 or fewer employees as well as theaters and performance venues, which remain largely closed out of health concerns.

The New York Philharmonic canceled all of its indoor, in-person shows for the concert season ending June 2021, causing it to lose about $10 million in ticket revenue for the 12 months ending Aug. 31. It’s projecting a $20 million loss as a result of the cancellations, according to Chief Operating Officer Adam Cox.

The group received $6.7 million in PPP, but shortly after the funds ran out, the orchestra laid off about 40 percent of its staff, in areas such as finance and human resources. Musicians took a 25 percent pay cut for the next three years.

“I think in so many ways it was a successful program, it just wasn’t enough,” said Casey Reitz, president of the Segerstrom Center for the Arts in Costa Mesa, Calif. “We ended up in a situation where once the loan was exhausted we had to lay off 63 percent of the staff.”

Most Sonic restaurants are individually owned and operated. The total amount they received, over $100 million, is still a small fraction of the $670 billion in PPP funds that have been issued.

But the restaurants are also part of a chain, Inspire Brands, that had $14.6 billion in sales last year and is itself backed by private-equity giant Roark Capital Group, which manages more than $19 billion. Most of the payments, more than 4 in 5, were issued during the rush for funding in the program’s first two weeks.

Drive-in and drive-through chains have also fared well this year. The number of visits to Sonic locations stalled during the early part of the pandemic, according to a Post analysis of tracking data from SafeGraph. But the drive-in chain rebounded quickly beginning in April and has seen traffic soar past 2019 levels, beating some competitors.

Although mass applications by franchise owners don’t appear to break any rules, some small-business advocates and members of Congress said the amount of money secured by larger companies constituted a major flaw in the program, particularly because their parent companies often have access to capital that more independent hotels and restaurants could only dream of.

McDonald’s, for instance, set aside $1 billion at the start of the pandemic to defer rent and royalty payments for franchise owners until business returned. Shake Shack decided to return $10 million in PPP funds for which it was approved, then raised about $150 million in an equity offering the same week.

But independent restaurants are among the hardest-suffering of all businesses in America, with more than 110,000 permanently closed already, according to the National Restaurant Association.

Rep. Mark DeSaulnier (D-Calif.), who operated restaurants in California for several decades before he was elected in 2014, said it’s a “disgrace” that so much funding went to the larger PPP recipients. He added that independent businesses, rather than larger businesses and national franchisers, should have been the focus of the program.

“That profit margin is really thin if you’re an independent business,” DeSaulnier said in an interview. “The more alone you are, the more vulnerable you are in many cases.”

Other chains appear to have received dozens of loans in the newly disclosed data, including fast-food giants McDonald’s, Wendy’s, and KFC.

There is no indication that Sonic owners or other franchisees violated the program’s rules, however. Sonic franchisees “applied for loans as the Paycheck Protection Program intended,” said Inspire Brands spokesman Christopher Fuller. “These small-business owners decided independently to participate in the program based on their anticipated needs in light of the devastating impact of the pandemic.”

PPP is still credited with preserving millions of jobs at small businesses, but there is increasing evidence of major layoffs by recipients once their money ran out.

Economist Luke Pardue of Gusto said an analysis of 37,000 recipients showed that businesses cut payroll sharply as soon as they were no longer required by PPP to keep workers employed, and that job losses continued for months afterward.

“PPP was built to be this temporary bridge into the fall when the economy would improve and the virus would have receded, but the virus is at new heights and the economy is only marginally better than it was,” he said.

After the SBA and the Treasury Department released new data last month following a Freedom of Information Act request and lawsuit, The Post compared the list of PPP recipients with companies in 14 states that have filed layoff notices. It found dozens of companies that received funding but later reported substantial layoffs, among them hotels, event planners, performing arts groups, manufacturers, and religious organizations.

SBA officials say the program remains a success and point to data showing that three-quarters of loans went to businesses with nine or fewer employees, and that 87 percent were for $150,000 or less. The agency says it will manually review all loans of more than $2 million.

“While SBA declines to comment on the circumstances of individual borrowers or particular loan reviews, SBA takes seriously its stewardship of taxpayer dollars and has designed a robust loan review process to ensure that only eligible borrowers received loans that fully complied with program requirements,” said agency spokeswoman Michelle Dawi in a statement.

Another concern voiced by small-business advocates is the difficulty getting funds for minority-owned businesses, despite outreach efforts by the SBA.

“The data coming out showing that large firms received millions in PPP loans demonstrates once again that there were major structural barriers that limited relief for the smallest businesses, including many owned by people of color,” said Ashley Harrington, federal advocacy director and general council for the Center for Responsible Lending.

The SBA said that through persistent outreach to community-based and minority-owned lending institutions, the agency was able to provide more than 221,000 payments totaling more than $16.4 billion through those lenders, largely to low- and moderate-income communities.

Still, Kyle Herrig, president of the advocacy group Accountable.US, said he hoped another round of PPP would be different.

“The next stimulus must ensure small-business aid is targeted to those in greatest need, not those that benefit from corporate backing,” he said.