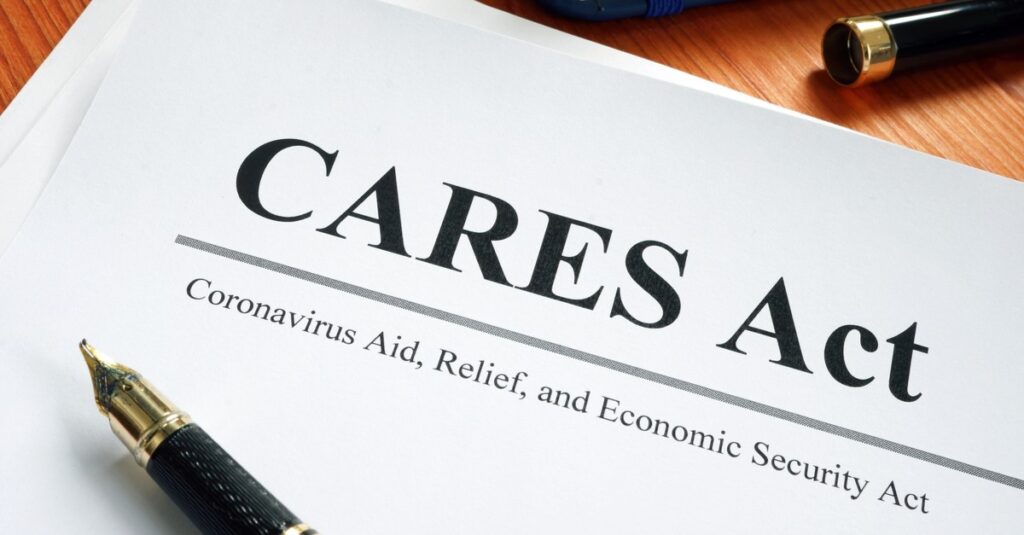 The COVID-19 pandemic hit the United States with force in March 2020. As the virus rapidly spread, the federal government responded with temporary changes to the Bankruptcy Code through the Coronavirus Aid, Relief, and Economic Security Act (CARES Act). The CARES Act was one of the first laws enacted in an attempt to prevent what many expected would be a tsunami of bankruptcy petition filings in the wake of the zero-revenue environment created by statewide shutdowns during the first and second quarters of 2020.

Among its various changes to the Bankruptcy Code, the CARES Act broadened eligibility for businesses to seek protection under the Small Business Reorganization Act of 2019 (SBRA) by increasing the debt limit for eligibility from $2,725,625 to $7,500,000 for cases filed on or before March 27, 2021. As the pandemic worsened and various issues arose under the CARES Act, the government responded by further amending the Bankruptcy Code pursuant to, inter alia, the Consolidated Appropriations Act (CAA), which went into effect Dec. 27, 2020. The CAA contains several COVID-19-related amendments to the Bankruptcy Code. Many, but not all, of these amendments address only those cases filed under subchapter V of chapter 11 (otherwise referred to as SBRA).

The bankruptcy amendments set forth in the CAA affect several sections of the Bankruptcy Code, including 11 U.S.C. § 364, 365(d)(3), (d)(4), 366, 501, 502(b)(9), 507, 525, 541, 547, 1328, and 1329. Of these amendments, three stand out: (1) providing bankruptcy courts with the discretion to extend a subchapter V debtor’s time to perform under its unexpired, nonresidential real property leases by an additional 60 days if the debtor suffers or has suffered from a material financial hardship due, either directly or indirectly, to COVID-19; (2) providing debtors and trustees under all chapters of the Bankruptcy Code with 210 days after the filing of a bankruptcy petition to assume or reject any unexpired, nonresidential real property leases; and (3) prohibiting debtors and trustees from avoiding payments made by debtors during the preference period for certain payments on rental or supplier arrearages. The remaining amendments to the Bankruptcy Code under the CAA either address specific problems raised by the CARES Act or relate solely to consumer bankruptcy cases.

The CAA amends section 365(d)(3) of the Bankruptcy Code, but only as to cases filed pursuant to the SBRA. 11 U.S.C. § 365(d)(3) requires that debtors continue to perform their obligations under unexpired, nonresidential real property leases but allows a debtor to request to defer performance for the 60 days following the filing of the debtor’s bankruptcy petition. The CAA allows courts to extend this 60-day period by an additional 60 days for debtors in subchapter V cases if those debtors continue to experience material financial hardship due, directly or indirectly, to the COVID-19 pandemic. If the bankruptcy court grants such an extension, these deferred obligations may be paid out over time pursuant to the plan.

The CAA prohibits debtors and trustees from avoiding certain “covered payments” on rental or supplier arrearages during the preference period (typically, the 90 days prior to the debtor filing its bankruptcy petition). “Covered payments” are payments made pursuant to arrangements entered into by debtors and their landlords or their suppliers on or after March 13, 2020, to defer or postpone payments owed to such creditors as long as the payments under the arrangement amount to no more than what the debtor would have owed the landlord or supplier absent the arrangement. This amendment effectively broadens the defenses available to landlords and suppliers in preference actions that may be brought under section 547 of the Bankruptcy Code.

While the typical preference defenses remain available to all creditors (i.e., contemporaneous exchange for new value, ordinary course of business, and subsequent new value), the CAA now also protects these non-ordinary course, covered payments that are made to landlords or suppliers pursuant to the aforementioned arrangements with the debtor. However, the subject arrangements may require the debtor to pay penalties or other, similar fees, which may render the provision inapplicable. This amendment will sunset on Dec. 27, 2022, although the provision will continue to apply to all SBRA cases filed prior to that date.

Finally, despite the CAA’s significant changes to bankruptcy proceedings — with a particular emphasis on those cases filed under the SBRA and resolving issues created by the CARES Act — the CAA did not address the increased debt threshold under the CARES Act for seeking protection under the SBRA. Specifically, the CAA did not alter the March 27, 2021, sunset date for the increased threshold. As a result, the time frame for many businesses to take advantage of the legislative changes pursuant to both the CARES Act and the CAA is coming to a close. Entities that may be considering bankruptcy and carry debt up to but not exceeding $7,500,000 now have less than a month to decide whether reorganization under the SBRA, with all of its recently enacted benefits, is the appropriate path forward.

Congress, however, recently acknowledged the significant impact the CARES Act has on the CAA changes to the Bankruptcy Code and bankruptcy cases in general. On Feb. 25, 2021, Senate Democratic Whip Dick Durbin (D-Ill.) and Sen. Chuck Grassley (R-Iowa) introduced bipartisan legislation referred to as the COVID-19 Bankruptcy Relief Extension Act. The bill, if passed, will extend for another full year the CARES Act bankruptcy provisions that are set to expire March 27, 2021. As a result, if enacted, the increased debt threshold for SBRA cases provided in the CARES Act will not sunset until March 27, 2022. Sen. Grassley explained: “Last year, we passed temporary bankruptcy relief provisions to help those facing bankruptcy during the pandemic. This included increasing limits in my 2019 bill to streamline bankruptcy laws for small businesses. This bill extends that relief for an additional year.” Sen. Durbin noted that the relief provided by the bill is critical for those “facing hardships due to the ongoing COVID-19 pandemic.”