‘Remarkable outcome’: Big gains are likely for economy this year even as COVID-19 damage lingers 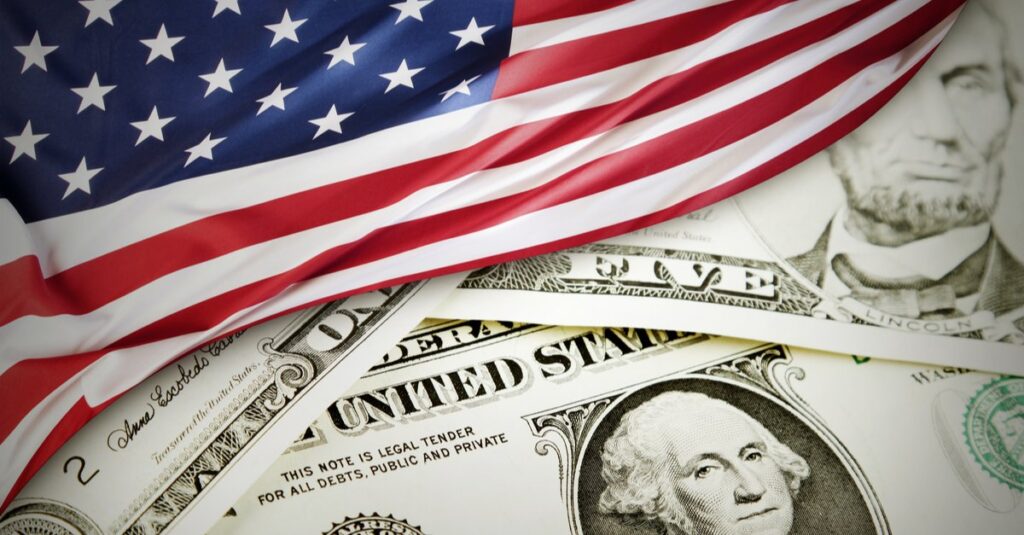 It was supposed to be a dark winter for the economy.

But buoyed by government relief aid, falling COVID-19 cases and the vaccine rollout, growth is expanding briskly and the economy is projected to boom this year as pandemic-related restrictions ease.

Some economists even predict that by late 2021 and throughout 2022, the nation’s gross domestic output will be larger than it would have been if the pandemic hadn’t occurred.

“That’s a particularly remarkable outcome, especially when you consider that (in the aftermath of the Great Recession of 2007-09), the U.S. economy never really returned to its prerecession path,” Morgan Stanley Chief Economist Chetan Ahya wrote in a note to clients.

Barclays, Morgan Stanley and Oxford all forecast about 6.5% growth this year, which would be the best since 1984. Goldman Sachs is looking for a 7% advance.

Other economists aren’t quite so bullish but still expect significantly stronger growth than expected.

That doesn’t mean the crisis will avoid the long-lasting scars experts have feared: shuttered businesses, millions of long-term unemployed Americans and millions of others who have dropped out of the labor force. But the more robust recovery should limit the damage.

Some experts say the faster growth also poses the risk of a run-up in inflation that ultimately could trigger a recession.

And more contagious variants of the virus could undercut the rosy outlook.

The biggest reason for the brighter forecast? Uncle Sam.

The $900 billion package Congress passed in December provided stimulus checks of $600 to most Americans and extended unemployment benefits for 11 million people, adding a $300 weekly federal supplement. The $1.9 trillion measure proposed by President Biden – most of which is expected to pass because Democrats control the Senate – would provide another $1,400 stimulus check to individuals and extend jobless benefits to September, adding another $100 to the federal bonus.

So far, relief payments, including those the federal government doled out last year, have put a collective $1.5 trillion in Americans’ pockets – a windfall set to rise to $2 trillion by early March, according to Morgan Stanley. Consumers already are spending their cash hoard. Retail sales jumped 5.3% in January as shoppers splurged on cars, furniture, clothing and appliances.

At the same time, daily coronavirus cases have tumbled to 68,000 from 250,000 in January, based on a seven-day moving average, according to High-Frequency Economics. And hospitalizations are declining in every state, Oxford says. That’s emboldening more Americans to visit restaurants and stores and prompting some cities and states to ease restrictions, Daco says. On Friday, New York City is set to allow restaurants to operate at 35% capacity, up from 25%.

Revenue at eateries and bars, the industry hit hardest by the pandemic, climbed 6.9% last month.

As a result, J.P. Morgan Chase predicts the economy will grow at a 5% annual pace this quarter, while Oxford foresees a 7.1% gain, figures that assume the $1.9 trillion stimulus will be passed and begin boosting spending as early as March. In December, with the pandemic surging, many economists figured GDP would flatline or even dip early in the year.

“This year is going to start off much stronger because of consumer spending,” and that should help propel vigorous growth later in the year, says Oxford Chief U.S. Economist Gregory Daco.

Also boosting growth, of course, is a vaccine rollout that, some experts say, should bring herd immunity by midyear and, along with warmer weather, spur consumers to visit restaurants, travel and open their wallets.

Although Daco doesn’t expect the economy to top its pre-pandemic level, he says that milestone would be achieved if Congress approves another $1 trillion to $2 trillion in stimulus as part of Biden’s proposed longer-term spending plan to upgrade infrastructure and respond to climate change, among other initiatives.

How many jobs will come back?

After the U.S. recovered 12.4 million, or about 56%, of the 22.4 million jobs wiped out last spring, Millar and Daco figure another 6 million of the positions will be clawed back this year. That would still leave 4 million missing jobs, suggesting the crisis will leave lasting scars despite an economy that could snap back swiftly.

Most of those jobs should return by late 2022, Millar says. Yet the number of people out of work six months or longer has ballooned from 1.3 million before the pandemic to 4 million, the most since late 2013. Such workers traditionally have a tougher time finding jobs because their skills erode or employers are less willing to hire them.

And more than 100,000 restaurants have closed for good, the National Restaurant Association estimates. Perhaps 50% to 75% will be replaced by new outlets in a year or two, Daco and Millar say. But that means many jobs will be lost long-term. Unemployed restaurant workers will need to retrain for growing fields, such as technology or e-commerce. Though many will, others will struggle with such shifts.

Such discouraged workers may remain outside the labor force. Daco expects the share of Americans working or looking for jobs to rise from the current 61.4% to 62.4% by the end of the year. Millar doesn’t expect the figure to return to its pre-pandemic level of 63.3% until 2023.

Still, he says, healthy job creation, enhanced by the federal assistance, should soften the blow.

“There’ll be an element of scarring,” he says, but “it’s not the issue we thought it would be.“

Is inflation a threat?

With consumer spending soaring, employers may struggle to find employees, especially with many Americans neither working nor looking for jobs, economists say. That poses the risk of inflation as employers raise wages to attract workers, leading the Fed to abruptly raise interest rates and “raising the probability of a recession,” Ahya of Morgan Stanley writes.

The Fed has vowed to hold its key rate near zero even after inflation tops a 2% target, but spiraling price increases could force its hand, she suggests.

Millar and Daco disagree, saying inflation probably will rise above 2% by midyear but fall back as more Americans return to the labor force. They point to long-term forces that have held down price increases, such as discounted online shopping and consumers’ expectations that inflation will stay low.