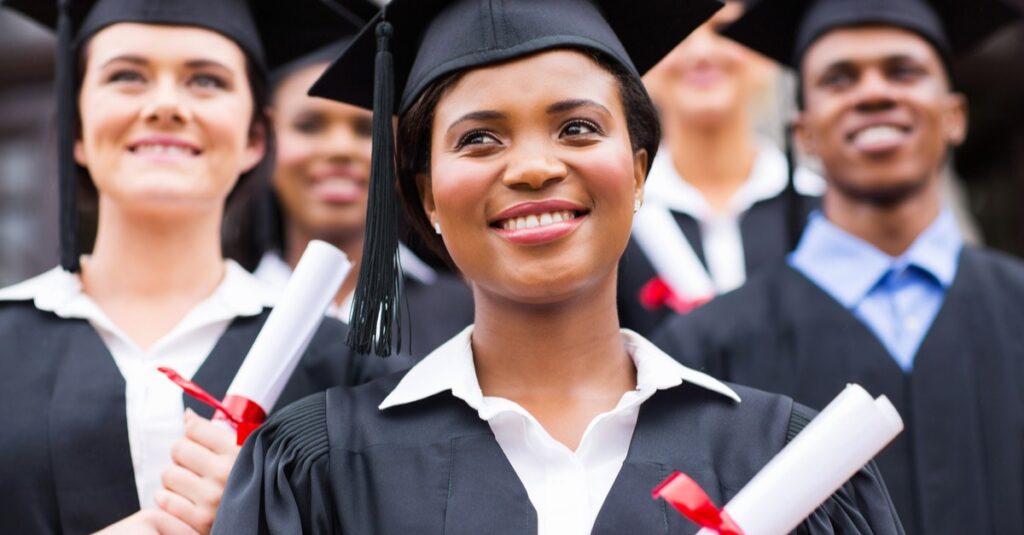 Millions of Americans got an early Christmas present this year – on Friday, the U.S. Department of Education extended the coronavirus pandemic-induced pause on student loan payments through January 2021.

Accruing interest will also be on hold and the department will not resume collections on defaulted federal student loans until February.

Monthly payments for most federal student loans have been on pause since March, when the Trump administration stopped them due to the coronavirus pandemic. Later, the CARES Act continued the same halt through September, and in August, President Donald Trump signed an executive order that pushed the deadline through December. The moratorium was set to lapse at the end of the year until the education department’s recent action.

The extension gives more than 42 million student loan borrowers, including more than 37 million that haven’t made a payment in months, a further break as the coronavirus pandemic continues to slam the U.S. It also bridges the gap between the end of the year and president-elect Joseph R. Biden’s inauguration.

This is important because experts worried that the education department would be overwhelmed by borrowers applying for relief before January.

“The nice thing about this extension is that it’s given us a little bit of breathing room,” said Betsy Mayotte, president and founder of the Institute of Student Loan Advisors.

Still, experts say that those with student loan debt should start preparing to resume payments sooner than later. While it seems likely that Biden will extend the payment moratorium, it’s not yet known that he will, said Will Sealy, co-founder and CEO of Summer, a company that helps borrowers simplify and save on student debt.

Check in with your debt now

Those with student loan debt should take inventory of their finances and reevaluate their payment plan as soon as they can, said certified financial planner Lauryn Williams, founder of financial firm Worth Winning in Dallas.

After more than nine months of skipping student loan payments, borrowers may be out of the habit or gotten used to putting cash aside for other things, such as building up an emergency fund or paying down other debt.

“It’s worth the investment of your time to make sure that you’re clear on what your plan is going forward, so that you don’t get caught off guard,” said Williams, a member of the CNBC Financial Advisor Council.

Borrowers should log back into their accounts, look at their monthly bill and recalculate the total timeline for paying off their loans with tools available on the Department of Education site, said Mayotte.

For those who haven’t been negatively financially impacted by the pandemic, it may be a good time to increase monthly amounts to pay off their loans faster.

“The name of the game is paying the least amount over time,” she said.

Of course, many borrowers may have experienced unemployment or loss of income since March because of Covid-19. If that’s the case, it’s still important to check in with your student loan debt now, said Mayotte. Payments will resume at some point, so borrowers who know they won’t be able to make the same or any monthly payments should apply for a different repayment plan or deferral as soon as possible.

“Any borrower today that’s worried about payments coming due in 2021 and would struggle to cover their monthly payments would still benefit from enrolling in an income-driven repayment plan,” said Sealy.

Borrowers who need to lower or pause monthly payments have a few different options.

Those on a standard repayment plan can switch to an income-driven one, which will generally lower monthly payments by increasing the time it will take to pay off the loan in full, said Bridget Haile, head of borrower success at Summer.

Going forward, borrowers can either recertify for an income-driven plan once a year as required or can switch back to a standard repayment plan if their situation changes, she said.

We can’t just hope and pray for Congress to pass anything in an environment that’s more politically divided than we’ve ever seen.

– Will Sealy CO-FOUNDER AND CEO OF SUMMER

This is especially beneficial if you’re working toward student loan forgiveness in any program, Haile said. That’s because payments in income-driven plans can be as low as $0 and will still count toward the total months you need for forgiveness in 10, 20 or 25 years, depending on the program.

In addition, you can change your plan now to have a lower monthly payment in the future and still take advantage of the current coronavirus forbearance, said Sealy. Switching to an income-based repayment plan takes about four to six weeks, so if you’re not sure you could make your monthly payment in February, you should apply now.

If the pause on education debt is extended again, you won’t need to make payments, though Sealy suggests borrowers double-check with their lenders to make sure they know you’d like to take advantage of the coronavirus forbearance.

For borrowers who are out of work due to the pandemic, won’t be able to afford to make any payments in February and don’t qualify for a $0 monthly bill on an income-driven plan, applying for an unemployment deferment on their student loans may be the best option.

Unemployment deferment will generally pause monthly payments for a total of 36 months, but borrowers will have to reapply every six months and show proof of unemployment benefits and that they’re actively seeking work. Interest will also be paused but only for subsidized loans — it will continue to accrue for loans that are unsubsidized.

Those who aren’t unemployed and still cannot make monthly payments could apply for other forms of deferment.

To be sure, pausing or lowering monthly payments on student loans likely means you’ll pay more over time, especially if interest is still growing. Before making changes, borrowers should be sure to think through both the short- and long-term implications of a different payment plan, said Elaine Griffin Rubin, senior contributor and communications specialist at Edvisors.

If you’re not sure what you should do or have a question about your specific situation, it’s best to contact your lender directly for help, said Griffin Rubin.

She also pointed out that there is no penalty for making a change before payments resume, so it’s good to start the process even if there is another extension.

“Just because you get set up doesn’t mean you have to make payments right away,” she said.

Don’t hold out for debt forgiveness

Adding to confusion is an uncertain future for student loan debt. People are still waiting to see if Congress will pass another round of stimulus before breaking for the winter holidays, or if Biden will further extend the pause on payments, or even forgive some student loan debt when he takes office.

In the meantime, it’s best for borrowers to assume that payments will eventually restart at some point and prepare themselves instead of hoping for debt forgiveness.

“Nothing is guaranteed until it’s really there,” said Griffin Rubin. “Don’t hold out for some decision to be made.”