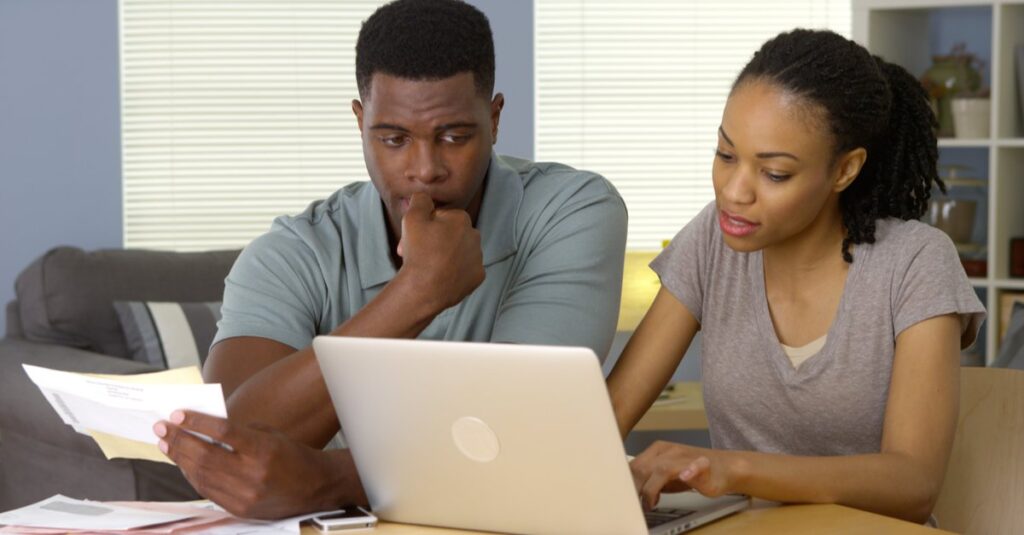 December 26 is going to be a very harsh day for millions of Americans. After celebrating Christmas many of them they are going to lose the economic lifeline of Pandemic unemployment assistance, which could lead to millions of them becoming homeless. While the stock markets make new highs, this does nothing for the people who have lost their jobs and can’t make next month’s rent or mortgage payment.

13.65 million people are being helped

In last week’s unemployment claims report the number of people on regular state unemployment benefits fell from 6.45 million to 6.04 million, a drop of 414,000. However, Gregory Daco, Oxford Economics Chief Economist, points out in the weekly unemployment claims chart that there are 13.65 million people receiving Pandemic payment assistance. And these run out on Saturday, December 26, the day after Christmas.

The U.S. Census Bureau created the “Household Pulse Survey” this year, which attempts to track the impact of Covid-19 on employment, food security, health, housing and a number of other metrics.

In the survey that covered October 14 to 26 it found that over 14 million people had slight or no confidence in paying next months rent, as shown in the chart below from TheDailyShot.com. Additionally, in the most recent survey that was from October 28 to November 9, it found that people with slight confidence stayed roughly the same but that people with no confidence increased by over 440,000 to just over 6 million.

Black Knight tracks the number of mortgages that are in forbearance, meaning not paying or paying a smaller amount than normal. As can be seen in the chart below there was a very small amount before the coronavirus hit but exploded to almost 5 million mortgages in a program within two months.

The number of mortgages being impacted has declined to about 2.8 million but has seen a slight uptick the past two weeks. While this is still down 7% from the previous month, if additional fiscal stimulus is not provided it will be challenging for millions of homeowners to catch up on the payments that are being deferred. Forbearance does not remove the homeowners obligation to pay the missed or reduced payments, just delays them.

The U.S. Bureau of Economic Analysis reported that personal income in the U.S. fell 0.7% from September to October. While the decline was due to a decrease in government social benefit payments, individuals still had a smaller amount of money to spend. If this trend continues or just stays flat this is something to keep an eye on as we enter the holiday season and many government programs end.

The alternative data tracker has seen a recent downturn. As shown in the chart below this indicates November’s job report should continue the recent downward trend in the number of jobs added in a month and potentially even be negative.

JP Morgan’s data indicates job losses could be 823,000 but bear in mind previous forecasts have been off by as much as 800,000 and typically 500,000. However, it does indicate that November’s job growth could fall far short of the consensus 500,000 gain.

The Conference Board’s Consumer Confidence Index declined from 101.4 in October to 96.1 in November. While the Present Situation Index remained essentially flat (down from 106.2 to 105.9) the Expectations Index took a big hit from 98.2 to 89.5.

Lynn Franco, Senior Director of Economic Indicators at The Conference Board commented, “Consumers’ assessment of present-day conditions held steady, though consumers noted a moderation in business conditions, suggesting growth has slowed in Q4. Heading into 2021, consumers do not foresee the economy, nor the labor market, gaining strength. In addition, the resurgence of COVID-19 is further increasing uncertainty and exacerbating concerns about the outlook.”

The Dow Jones Industrial Average hit an all-time high last week when it crossed 30,000. Unfortunately, this doesn’t help the vast majority of people who have lost their job, live paycheck to paycheck and are relying on pandemic relief payments. As can be seen in the chart below from Jared Bernstein, incoming Council of Economic Advisor to President-elect Biden, over 88% of the stock markets value is held by just 10% of American’s. And the next 11% of value by the next 40%. Half of the population owns less than 1%.