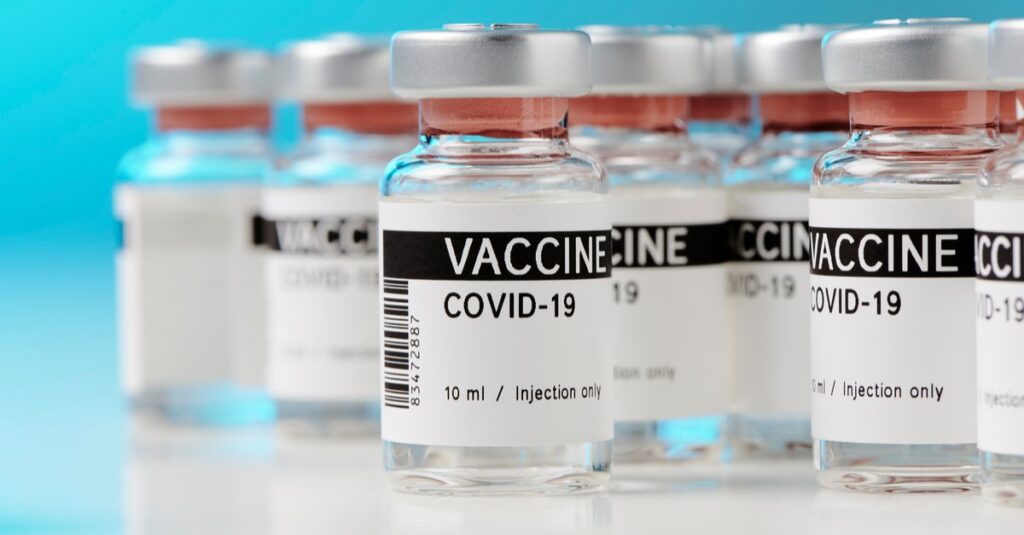 Stan Novak, of Valencia, California, has been hunkering down this year amid the coronavirus pandemic, spending little beyond the bare essentials.

But after a flurry of positive news reports this month about COVID-19 vaccines, Novak ventured out to department stores on a recent weekend and splurged on new sneakers, sports and T-shirts, and a tablet.

“I felt better about everything,” Novak, 75, says. “Like this is coming to an end and we could go back to the way things were last year.”

The three vaccines that have proved highly effective in trials – from Pfizer, Moderna and AstraZeneca – likely won’t be widely available in the U.S. until spring. But that prospect already seems to be providing at least a modest lift to consumer and business confidence and spending – and the broader economy – amid an otherwise bleak winter outlook.

“I think people are finally seeing the light at the end of the tunnel and they’re starting to let loose the reins of consumption,” says Jacob Oubina, senior U.S. economist at RBC Capital Markets.

There’s no doubt the vaccine news has cheered Wall Street, with the S&P 500 index up about 3.7%  since the first report on the Pfizer study was announced Nov. 9. But it typically takes months for a market rally to translate into increased spending by higher-income households.

The health news, however, also could be making Americans feel more secure about their jobs and wages, Oubina says, with some furloughed workers believing it’s more likely they’ll be recalled to their positions in coming weeks or months.

“The psychology of the consumer isn’t just what he has in his pocket but what that will look like in the future,” says Jack Kleinhenz, chief economist of the National Retail Federation.

For example, he says, holiday retail spending rose 5.3% in the last two months of 2017 compared to the same period a year earlier – up from 3.1% in both 2015 and 2016 – a surge attributed to tax cuts that would take effect the following year. Despite the pandemic, Kleinhenz expects holiday sales this year to grow 3.6% to 5.2%, partly because of consumer confidence that has been bolstered by the vaccine news as well as record savings due to government stimulus checks.

Novak says he was sufficiently encouraged by the vaccine reports to boost his spending for several reasons. The market rally has increased the value of his investments. He’s a restaurant consultant, and so an improved outlook for eateries raises his income prospects. And he simply feels better about the outlook for the economy.

The vaccine hopes aren’t exactly jolting a wobbly economy, but they appear to be helping offset several troubling developments in the current quarter, some economists say. COVID-19 cases have hit new records across the U.S., prompting new business restrictions, including a three-week ban on in-person dining in Los Angeles County that took effect just before Thanksgiving and lower capacity limits at restaurants, gyms, salons, malls and other nonessential businesses in Louisiana.

After the renewed dining restrictions were announced for Los Angeles County, where Novak lives, he says he has grown cautious again and is hoping the clampdown is short-lived. “I’m not sure what happens next,” he says. Also, Congress remains deadlocked over another relief package to aid unemployed workers and struggling businesses even as current assistance is set to expire at the end of the year.

And layoffs are showing little letup, with initial claims for unemployment benefits rising by 78,000 to a historically high 828,000 during the week ending Nov. 21.

Economists expect growth of the nation’s gross domestic product to slow to a still-solid annual rate of 4% to 6% in the current quarter from 33.1% in the third quarter, when the U.S. recouped about two-thirds of the output lost in early spring. But J.P. Morgan estimates GDP will turn slightly negative in the first quarter and some economists worry the nation could slip back into a second recession after almost certainly emerging from the first coronavirus slump in May.

‘Tide the economy over’

The vaccine news “could help tide the economy over until” actual doses are distributed next year, countering the rise in COVID-19 cases and new business constraints, says Gus Faucher, chief economist of PNC Financial Services Group.

It’s difficult to point to a direct link between the vaccine announcements and consumer and business behavior, Faucher says. Consumer confidence fell in November, the Conference Board said last week, but that survey was mostly conducted before the vaccine developments.

Yet the weekly Bloomberg consumer comfort index rose from 48 to 49.8 the week ending Nov. 15, the highest since September, Oubina notes. The vaccine news, along with the fading of presidential election uncertainty as the race was called for Democrat Joe Biden, are “outweighing the more negative trends in COVID cases for now,” RBC wrote in a note to clients.

The same week, J.P. Morgan’s Chase card spending tracker rose to its highest level since mid-October, though the research firm largely attributed the spike to Singles’ Day sales Nov. 11 and the timing of Veterans Day.

Some analysts are skeptical of any relationship between the vaccine announcements and consumer spending. Morning Consult’s consumer confidence index has trended down recently.

“Roughly half of American adults remain unwilling to get the vaccine once it’s available,” says Morning Consult economist John Leer. “Consumers need to see execution and implementation before upgrading their economic outlooks.”

Business spending may be rising

Still, the vaccine news may also be emboldening some businesses, which typically look further into the future when they invest and hire. Edwin Carrion, CEO of MDC Transport, which delivers refrigerated goods in the Northeast, says sales are down 25% this year because of pandemic-related supply shortages. But he recently decided to add two trucks to the Burlington, North Carolina-based company’s fleet of about 40, in part, because of the vaccine developments.

“We’re getting ready” for an improved 2021, Carrion says.

And Chicago-based Arcalea, a data science and marketing consulting firm, recently hired a data scientist, reversed a 20% wage cut for the firm’s 25 employees, and decided to spend $50,000 on new computer software and hardware by year’s end, says CEO Mike Stratta. The vaccine developments herald a better outlook for the firm, whose revenue is down 18% this year, he says.

“We think we’ve seen the bottom,” Stratta says. “We’re excited about next year.”