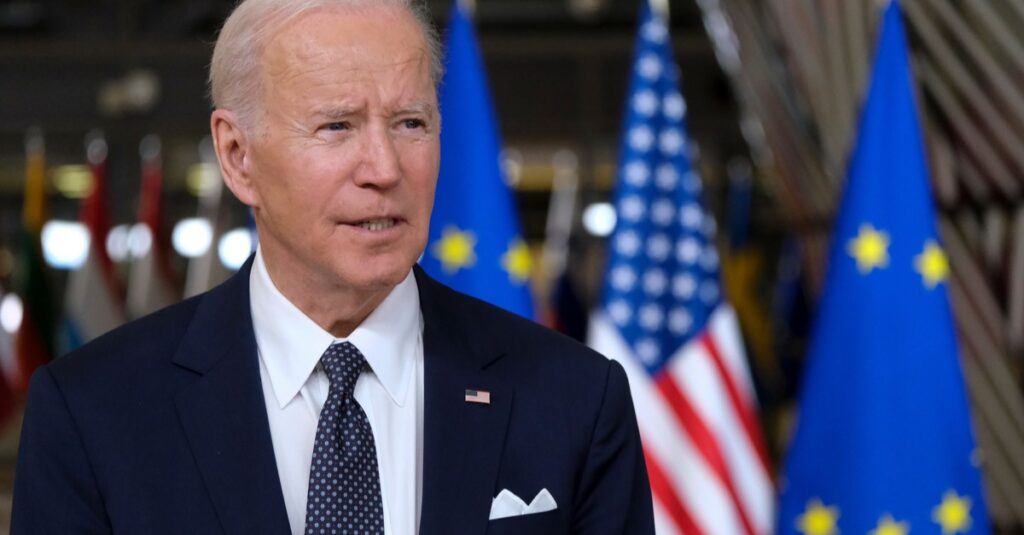 By Liz Peek, The Hill

He recently penned an op-ed published in the Wall Street Journal with this headline: “My Plan for Fighting Inflation.” The plan didn’t contain much new in the anti-inflation category, but it did contain a red alert, which may have been the point.

The piece prepared the public for an economic slowdown, the likely result of the Federal Reserve’s commitment to reining in its reckless monetary policy. Biden warns that in coming months “growth will look different” and forecasts that job gains will drop from recent monthly totals of 500,000 or so and head lower, to maybe about 150,000.

This will not be “cause for concern,” Biden writes, “it will be a sign that we are successfully moving into the next phase of recovery…”

The last thing Americans were told not to worry about was inflation, so that advisory gives us pause. It was last July – when the Consumer Price Index came in at 0.9 percent, significantly higher than the prior month’s 0.6 percent price increase – that Biden gave an address celebrating the bang-up job he had done in his first six months in office.

He assured us: “Some folks have raised worries that this could be a sign of persistent inflation. But that’s not our view. Our experts believe and the data shows that most of the price increases we’ve seen are — were expected and expected to be temporary.”

In response to a question that same day, Biden was even more dismissive, saying “There’s nobody suggesting there’s unchecked inflation on the way — no serious economist.” That was not true.

Now we worry, and investors are worried, about the impact of the Federal Reserve’s efforts to squeeze out inflation by raising interest rates and shrinking its $9 trillion balance sheet. Optimists hope we can get through this tightening cycle without plunging into a recession, but no one knows.

Least of all Biden. He hopes that in coming months, as growth sputters and job gains dry up, he will be able to pitch this as normal — a successful “transition” to a slow-growth economy. Just like Obama, Biden will explain to voters that we must settle for mediocre growth and lowered expectations.

This is not a White House, or a president, that expects to win.

But it is a White House eager to scapegoat others for its multiple failures. It was not surprising to see Biden haul Federal Reserve Chairman Jerome Powell into the Oval Office, as part of his posturing on inflation.

After laying out his plan, Biden invited Powell over to tell him just how important fighting inflation is. In the presence, it should be noted, of Treasury Secretary Janet Yellen, who has seemingly been in the witness protection program of late. Maybe she is embarrassed by having gone along with Democrats’ reckless spending in 2021 or having completely dropped the ball on inflation and instead parroting Biden’s absurd talking points about Build Back Better. Either way, Yellen has been curiously invisible during this period of economic upheaval.

Biden made a big point of insisting that even though he had summoned Powell to the Oval Office, he was not going to interfere with the Fed’s actions to slow the economy. The president compared himself favorably with his predecessor because he has left the Fed alone, instead of “inappropriately” trying to influence that independent board’s actions.

The only problem with this bizarre boast is that Trump was actually right when he complained that the Fed was hiking rates at the wrong time (with inflation below 2 percent and Europe heading into recession, which would have slowed our growth), and Biden was wrong not to demand the Fed take action earlier.

Biden’s op-ed effectively handed the inflation-bashing baton over to Powell, saying the Fed “has a primary responsibility to control inflation.”

This is a comforting position for the White House because, in coming months as growth slows, the White House will pin the blame for a softening jobs market on Powell. Indeed, there are already signs that the slight ratcheting up of interest rates is taking a toll.

Housing, a key sector, has been hit by higher mortgage rates. The National Association of Realtors reports that existing home sales fell in April, for the third month in a row; at the same time, the Census Bureau recently reported that new single-family home permits dropped in April.

Meanwhile, hiring is beginning to soften. The four-week moving average of initial unemployment claims has begun to inch up, and numerous companies, especially in the tech sector, have announced a slowdown in hiring.

None of this is surprising, but it is shocking that even as his approval ratings collapse and his party faces a thumping in November, President Biden is clinging for dear life to a “Green New World” agenda that stands in the way of him tackling higher prices.

Biden’s obsession with the green economy clearly takes precedence. Pandering to climate zealots is more important than providing affordable gasoline to take America’s workers to their jobs. It is more critical than making sure people can afford fuel oil or natural gas to heat their homes next winter. It tops making sure we have a steady supply of electricity heading into summer.

But as we approach the summer months, which analysts warn may contain rolling blackouts and soaring electricity prices, the cost of Biden’s war on fossil fuels will become even more evident. Powell will not be responsible, nor will Russian President Vladimir Putin, or greedy meat processors or gas stations.

The gross mismanagement of our energy resources – the squandering of our 100-year supplies of oil and natural gas – will fall directly on Biden, as will a stalling economy and continued inflation. Unhappily for Joe, voters place the buck at his door.