Extra Unemployment Benefits May be Delayed for Weeks, Even if Congress Passes Covid Bill 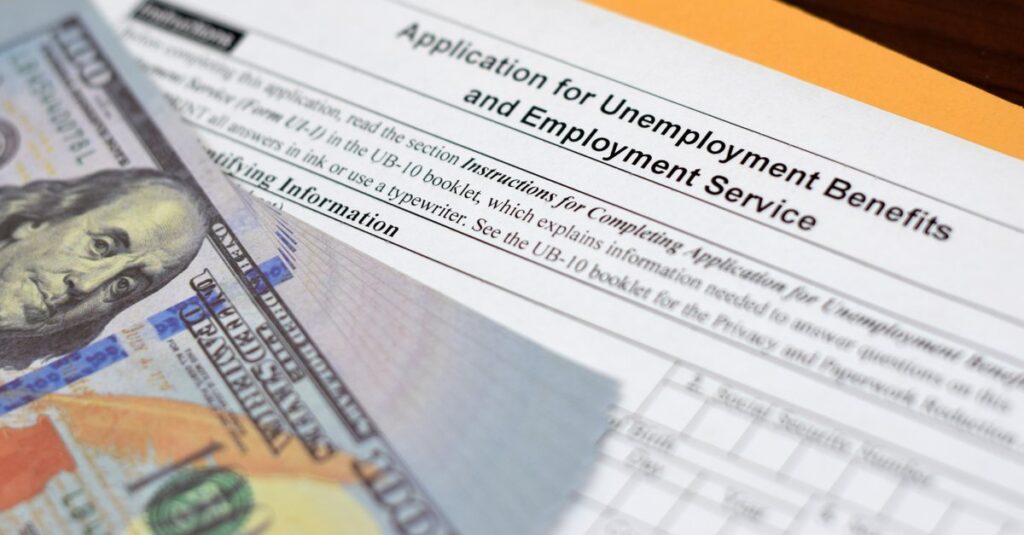 Congress is scrambling to finish work on a bipartisan Covid relief bill that would offer additional unemployment benefits and other assistance before a financial cliff looming at month’s end.

Yet out-of-work Americans may wait weeks to receive that aid, even if lawmakers pass legislation soon. The delay could be as short as a week or two into January or a much longer period extending into February, according to unemployment experts.

Many states use antiquated computer systems that make it difficult to code in new rules quickly. States are also contending with historically elevated levels of new and ongoing claims for benefits each week.

“There’s no world in which we’ve avoided a lapse,” said Elizabeth Pancotti, a policy advisor at Employ America, a left-leaning advocacy group. “We’re past that point.”

A lag would be consequential for millions of Americans poised to lose their benefits the last weekend in December when temporary programs enacted by the CARES Act will expire. Federal eviction protections also end after December.

A bipartisan group of moderate senators has proposed a $908 billion package that would pay four extra months of jobless benefits to recipients of traditional unemployment insurance and self-employed, gig, and other workers receiving aid through the Pandemic Unemployment Assistance program.

I hope Congress understands the pain and the desperation people are having. I get e-mails every day, constantly talking about people facing eviction, losing their cars, worried about feeding their kids. – Bill McCamley

The plan would also pay a $300 weekly enhancement to unemployment benefits for the same length of time.

The fate of that bill, the text of which is expected to be unveiled Monday, is unclear. Senate Majority Leader Mitch McConnell, R-Ky., doesn’t support the bill, though Senate Minority Leader Chuck Schumer, D-N.Y., and House Speaker Nancy Pelosi, D-Calif., do.

Even if there is a compromise, the timing isn’t promising for unemployed workers.

Lawmakers want to attach relief measures to a funding bill that must pass by Dec. 18 to avert a government shutdown.

If President Donald Trump were to sign it into law, the U.S. Labor Department would have to issue guidance on the rules to state labor agencies, which could take several days.

Then, state agencies would have to interpret the rules and code them into their computer systems, which isn’t as easy as plugging in new numbers, unemployment experts said. Then, they’d have to test those changes.

That exercise will vary in duration depending on the state, which administers benefits differently from one another. Some states use rigid systems with 40-year-old technology, the experts said.

Congress could further complicate matters for states by adding rules or details in a relief law that differ from what states have previously managed.

“The more new rules, the more new regulations, it means we will take longer and that’s just the nature of the game,” said Bill McCamley, cabinet secretary of the New Mexico Department of Workforce Solutions. “The simpler it is, the easier it’ll be for us to implement.”

CARES Act programs, like Pandemic Unemployment Assistance and an extra $600 weekly boost to benefits, took many states more than a month to implement, for example. A $300-a-week Lost Wages Assistance subsidy took some states for more than two months to disburse.

Congress hasn’t communicated information to state agencies that would help them implement elements of a relief law more quickly, according to Georgia Labor Commissioner Mark Butler.

“It is difficult to say at this point how long it might take to implement a program with unknown requirements,” Butler said in an e-mailed statement.

“The challenge lies in the unknown factors of the programs being debated that keeps labor departments across the nation from being able to properly prepare for any new programs,” he added.

States must also contend with ongoing heavy workloads. There are more than 19 million Americans collecting unemployment benefits nationwide — nearly 11 times the amount a year ago, according to the U.S. Labor Department.

States have also stepped up efforts to combat fraudulent attempts to claim jobless benefits and may be especially careful when implementing new programs, experts said.

“In normal times, something like this wouldn’t necessarily have been as hard, but how much state agencies are dealing with right now definitely plays a role,” Michele Evermore, senior policy analyst at the National Employment Law Project, said of implementing any forthcoming aid measures.

Not all out-of-work Americans may be impacted equally, however.

Workers most likely to see delayed financial assistance are those who exhausted benefits prior to the end of December, Pancotti said. That’s especially likely for people who’ve been out of work since March or early April. Such individuals may have to re-apply for any new benefits, she said.

They’d eventually recoup any delayed payments as long as they’d continued to file for weekly benefits with the state, Pancotti added.

But that may be cold comfort for people struggling to pay rent or afford food right now.

“I hope Congress understands the pain and the desperation people are having,” McCamley said. “I get e-mails every day, constantly talking about people facing eviction, losing their cars, worried about feeding their kids.”