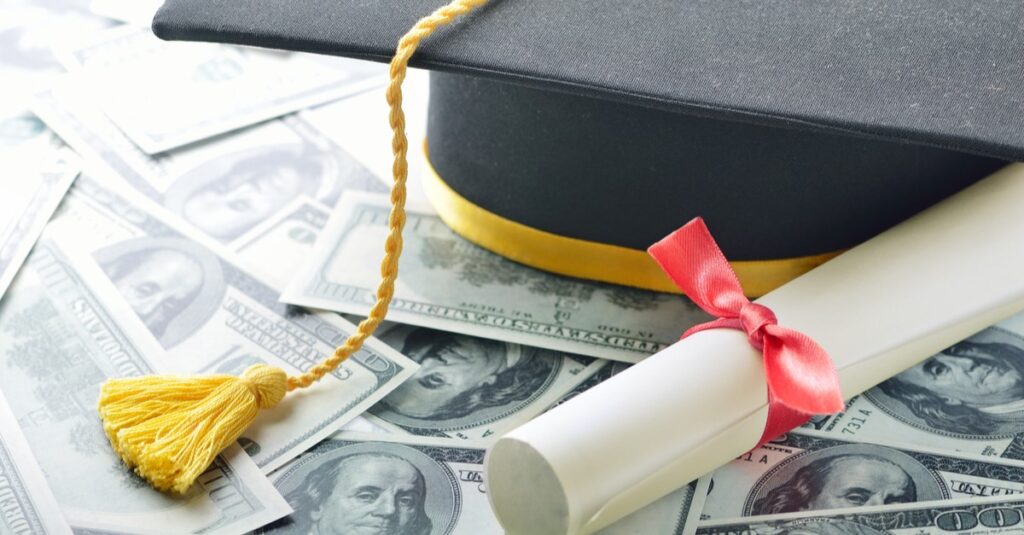 Washington (CNN) – President Joe Biden made it clear during Tuesday night’s CNN town hall that he disagrees with other members of his party who want to cancel $50,000 of student debt per borrower.

“I will not make that happen,” Biden said after a member of the audience said his proposal to cancel $10,000 per borrower doesn’t go far enough.

But top Democratic congressional leaders, including Senate Majority Leader Chuck Schumer and Massachusetts Sen. Elizabeth Warren, are calling on Biden to cancel $50,000 per borrower. Dozens of Democrats reintroduced a bicameral resolution earlier this month urging Biden to take action, arguing that he has the executive power to do so.
Biden argues that the government shouldn’t forgive debt for people who went to “Harvard and Yale and Penn” — and he’s also indicated that he believes Congress should make changes through legislation, which would make them harder to undo.

“The President has and continues to support canceling $10,000 of federal student loan debt per person as a response to the Covid crisis,” White House press secretary Jen Psaki said at a briefing in February after the lawmakers introduced the resolution.

She added that that the President is “calling on Congress to draft the proposal,” and “looks forward to signing it.” But a later tweet from the press secretary suggested that the administration was open to reviewing an executive option.

In one of his first acts in office, Biden extended the pause on student loan payments and interest, a Covid relief benefit put in place by Congress last year that had already been renewed by the Trump administration. Federal student loan borrowers won’t have to make payments until October 1 at the earliest.
He also supports making community college free for everyone, making public four-year colleges free for students from families who earn less than $125,000 a year, and changing the existing system to make sure student loan payments are more affordable.
A broad cancellation of federal student loan debt would be unprecedented. But a memo from lawyers at Harvard’s Legal Services Center and its Project on Predatory Student Lending says the Department of Education has the power to do so.
The Department already has some more targeted debt cancellation policies in place. It wipes away debt for defrauded students as well as disabled veterans. Biden could provide relief for hundreds of thousands of more borrowers just by expanding those programs, according to the National Student Legal Defense Network.

More progressive members of the Democratic Party have been calling for student debt cancellation for years.
Warren and Vermont independent Sen. Bernie Sanders put forward forgiveness plans when they were running in the Democratic presidential primary. Biden put out a policy proposal to forgive $10,000 per borrower only after the pandemic began and he was the presumptive nominee.
Lawmakers introduced a similar resolution last year that called on the Trump administration to forgive student loan debt — but former Education Secretary Betsy DeVos slammed that proposal as “government gift giving.”
House Democrats included a provision to cancel $10,000 per borrower in a sweeping Covid relief bill passed in May that was never taken up in the then Republican-led Senate.
# debt forgiveness, student debt, student loan, student loan payments
Previous Post
Next Post