The US Economy is Growing at its Fastest Pace Since 1984 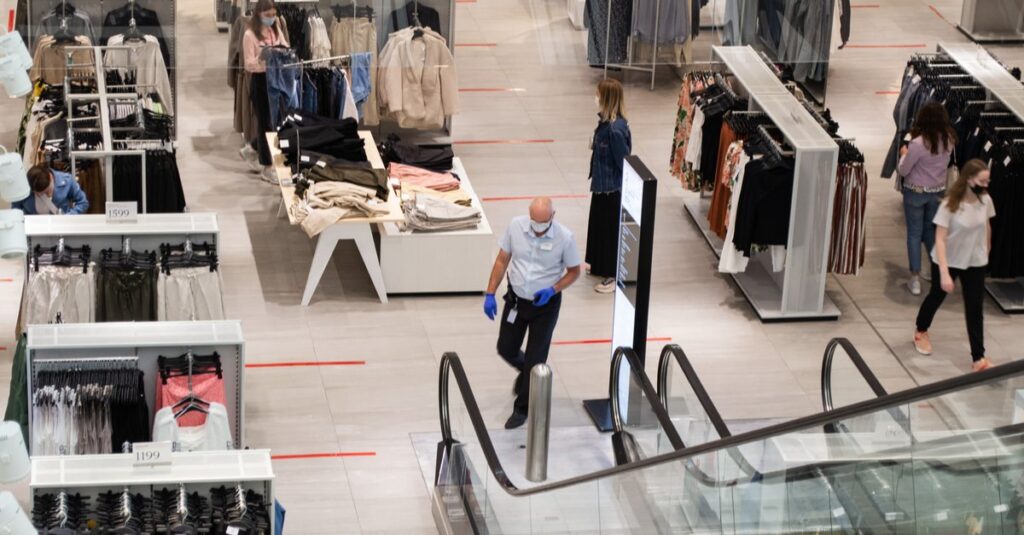 London (CNN Business) – President Joe Biden’s $1.9 trillion stimulus package will boost the US economy and drive faster global growth this year, the International Monetary Fund said Tuesday, though it warned that many countries continue to suffer from the pandemic and are at risk of being left behind.

“At $1.9 trillion, the Biden administration’s new fiscal package is expected to deliver a strong boost to growth in the United States in 2021 and provide sizable positive spillovers to trading partners,” the IMF said in a report. Other governments and central banks around the world have also pumped trillions into the global economy.

The IMF said the “unprecedented policy response” to the pandemic means the “recession is likely to leave smaller scars than the 2008 global financial crisis.” The group estimates global output dropped 3.3% in 2020, while the US economy shrunk 3.5%.

There are already signs the US recovery is gaining speed. American employers added 916,000 jobs in March, the biggest gain since August. The US manufacturing sector is also roaring ahead, with the ISM Manufacturing Index recently posting its best reading since 1983.

The IMF expects that the coronavirus vaccine rollout and massive government stimulus will combine this year to produce the fastest annual growth rate in the United States since 1984 under President Ronald Reagan. But many other countries will have to wait until 2022 or 2023 to recover all the output lost during the pandemic. Global output growth will slow to 4.4% next year, according to the IMF.

“Multispeed recoveries are under way in all regions and across income groups, linked to stark differences in the pace of vaccine rollout, the extent of economic policy support, and structural factors such as reliance on tourism,” said Gita Gopinath, director of research at the IMF. “The divergent recovery paths are likely to create significantly wider gaps in living standards between developing countries and others.”

The upgraded US forecast means the world’s biggest economy is on track to grow more quickly than many other developed nations this year. The IMF expects growth of 4.4% in the 19 countries that use the euro as Europe battles another wave of coronavirus that has forced Germany, France and Italy to tighten restrictions. Output is expected to expand 3.3% in Japan.

But some nations in Asia will still outpace the United States. The IMF expects China, which was the only major economy to avoid recession last year, to grow 8.4% in 2021 — much stronger than the country’s official forecast of more than 6%. Output in India will expand 12.5% in the fiscal year to March 2022.

The IMF credited continued government stimulus and vaccine rollouts for stronger growth projections. It said that consumer prices could be volatile, but it does not expect high levels of inflation to take root because of weak wage growth and unemployment.

Still, the IMF cautioned that a “high degree of uncertainty surrounds” its projections, reflecting the wide range of potential coronavirus developments. “Greater progress with vaccinations can uplift the forecast, while new virus variants that evade vaccines can lead to a sharp downgrade,” the group said in its report.

While advanced economies were hit harder than developing nations by fallout from the 2008 global financial crisis, the IMF expects the opposite to be true in the pandemic. The group also said that young people, women and lower-skilled workers have been more likely to lose their jobs due to coronavirus.

“Once the health crisis is over, policy efforts can focus more on building resilient, inclusive, and greener economies, both to bolster the recovery and to raise potential output,” said Gopinath.

While stimulus has helped protect the economy and financial system, it has also encouraged investors to take excessive risks and driven up asset prices, the IMF warned in a separate report. If interest rates rise sharply in response to inflation, that could lead to tighter financing conditions.The fallout would hit developing markets and poorer countries hardest.

“There is a risk that financial conditions in emerging market economies may tighten markedly, especially if policymakers in advanced economies take steps toward policy normalization,” said the IMF.