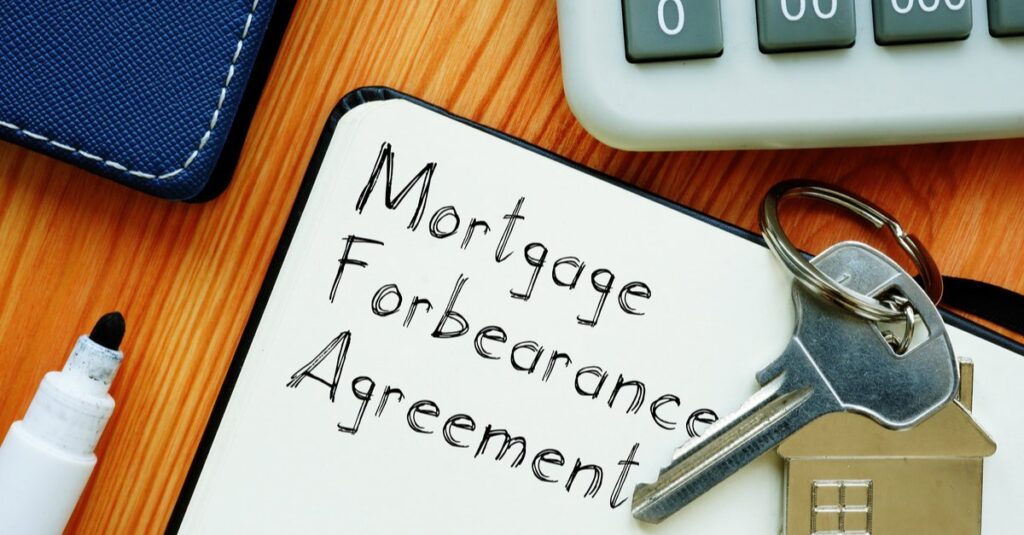 As the coronavirus began sweeping through the U.S. in March, many states issued shut-down orders for businesses, putting as many as 40 million people out of work by May.

On March 27, Congress passed the CARES Act to offer economic relief to those affected by the shut-downs, expanding unemployment benefits and offering mortgage forbearance to homeowners with mortgages backed or insured by the federal government, including Freddie Mac, Fannie Mae, VA and FHA.

Under the CARES Act, homeowners can ask for forbearance from their mortgage servicer and suspend payments for up to 12 months. Approximately 4.3 million homeowners have requested forbearance since the program began.

Today, 2.7 million homeowners remain in forbearance – with more than 78% of them in an extension plan, according to the Mortgage Bankers Association Forbearance and Call Volume Survey. Even now, with a vaccine now being distributed and a second stimulus check on the way, homeowners continue to take advantage of forbearance options.

In fact, the Federal Housing Administration (FHA) announced last week that borrowers have even longer to request deferred payments after extending the deadline for initial forbearance requests for FHA-backed mortgages to Feb. 28, 2021. It’s now possible, with a six-month extension, for some FHA borrowers to be in forbearance until Feb. 2022.

Here’s a month-by-month look at how mortgage forbearance unfolded this year.

March: President Donald Trump declared a national emergency on March 13, and the housing industry was instantly affected. Redfin, as just one example, announced in April it would be reducing its number of employees by approximately 7%, and companies outside of the industry began furloughing and laying off employees as well.

April: The overall share of mortgage loans in forbearance rose to 7.54% in the last full week of April, with bank-based servicers holding the biggest slice. By this point, 30 million Americans had filed for unemployment insurance since mid-March.

May: With millions out of work, the housing market faced its greatest challenge in over a decade. By May 31, total loans in forbearance reached 8.53% – with almost 4.3 million homeowners in forbearance plans.

But, as mortgage rates continued to drop, Realtors started reporting an uptick in activity as apartment and city dwellers sought more space.

June: The beefed-up unemployment benefits did keep forbearance rates lower than many forecasted; Instead of 20% or 30%, the forbearance rate was 8.6% of all active mortgages in June’s final week. The numbers of homeowners with loans in forbearance fell to 4.2 million.

Consumers who still had their jobs continued to take advantage of record-low mortgage rates, with home sales jumping 21% from May.

July: The Federal Reserve Bank of Atlanta warned in July that the danger of mortgage forbearances turning into foreclosures was rising, as case numbers of people infected with COVID-19 hit record-breaking numbers. Although these numbers appear tame now, the nation reported an at-the-time record of 54,500 new virus infections prior to the July 4 holiday.

Adding to consumers’ stress, July 30 marked the end date for the $600-a-week federal enhancement to state unemployment benefits aimed at fully replacing salaries of people who lost jobs amid the pandemic.

“The threat that forbearance will transition to foreclosure has regained power because the number of COVID-19 infections is increasing and the CARES Act unemployment insurance benefits will expire at the end of July,” Atlanta Federal economists said.

August: The forbearance rate for mortgages backed by Fannie Mae and Freddie Mac fell by 9,000 in August, offsetting gains by other loan programs and leaving the overall rate at 4.7%.

An August report of accounts in financial hardship by TransUnion revealed while 53% of respondents reported making normal payments on their mortgage loans, 14% claimed they didn’t know how they were going to pay their next bill.

Mortgage rates landed at 2.93% at the end of the month, fueling a home-buying spree in some areas of the country.

Mortgage rates hit an all-time low by the end of the month, to 2.88%, fueling a fall origination boom.

October: The Department of Housing and Urban Development in October announced that the FHA was extending the date for consumers to ask for mortgage forbearance to Dec. 31, 2020.

November: By November 22, 2.8 million homeowners were in forbearance plans, representing 5.54% of the total number of mortgage loans.

Mortgage rates hit a record low in November, reaching 2.72%. New and existing home sales began to cool compared to October, but were still over 20% higher than November 2019.

December: Heading in to the last week of the year, Black Knight estimates 2.8 million homeowners are in some form of forbearance, or 5.3% of all mortgages – accounting for $565 billion in unpaid principle.

On Dec. 2, the FHFA extended its foreclosure moratorium for borrowers with mortgages backed by Fannie Mae and Freddie Mac – though for just a one-month grace period to Jan. 31. The FHFA has not announced whether it will continue to buy loans in forbearance past the current expiration date of Dec. 31, 2020.

Ten days ahead of its latest expiration date, HUD extended the deadline for FHA forbearance requests to Feb. 28, 2021.