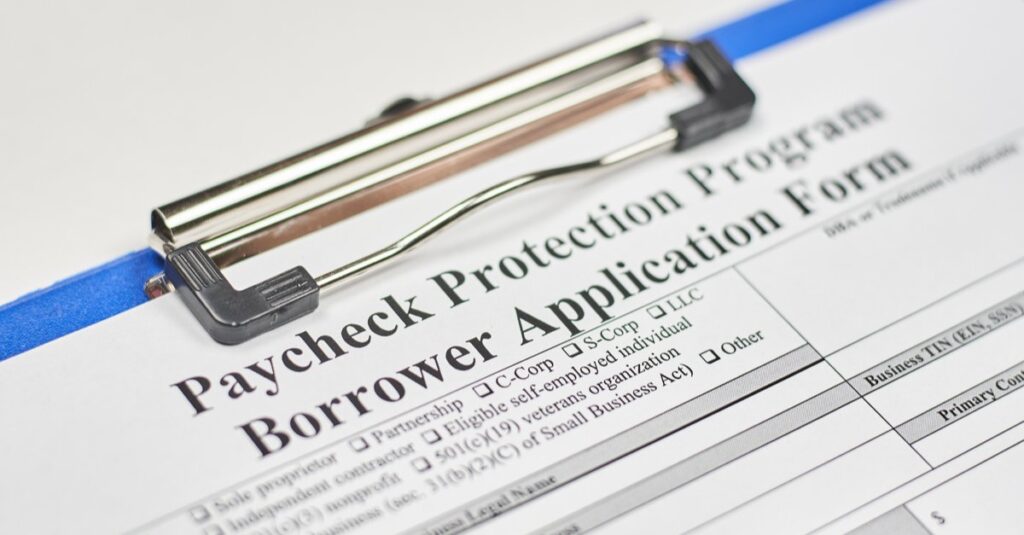 Washington’s nearly $1 trillion small business rescue, now under the watch of President Joe Biden, is about to slam into a new obstacle — it’s already running out of money.

The Small Business Administration is warning lawmakers that funds for the Paycheck Protection Program, which offers forgivable loans to small businesses, will likely dry up later this month, well before the May 31 deadline for firms to request aid. As of last week, it had about $66 billion remaining out of the nearly $292 billion appropriated by Congress since December.

The cash crunch, the result of continuing demand, is sneaking up on policymakers only days after Congress and the Biden administration agreed to give businesses another two months to apply for the loans in a bid to ensure that the self-employed and other tiny businesses wouldn’t miss out. Lawmakers didn’t include new funds as they hurried to pass the extension before leaving Washington for a few weeks.

Now, some advocacy groups are warning that the funding lapse could leave thousands of small businesses on the sidelines and that Congress must spend billions more, particularly to help those that Biden promised to support with more generous loan terms implemented last month.

“This is unfair for the smallest businesses to be shut out in the final hours,” said Erik Asgeirsson, an executive with the American Institute of CPAs, which is calling for more PPP funding. “A lot of false hopes were raised.”

The sudden lurch into a new PPP funding discussion just after a debate on extending the application window underscores the challenges that lawmakers have faced in trying to understand the operations of the program, one of the largest of all the Covid-19 relief measures. Congress has been unable to obtain data on how many jobs the program has saved, for example, or the extent to which loans have reached businesses owned by people of color and women. And it’s not the first time it has run out of money, only to send lawmakers scrambling to allocate more.

Some $960 billion was appropriated for PPP, and the program has given out more than $746 billion in forgivable loans to 9 million borrowers since last April. It’s one of the most popular Covid-19 relief programs, despite funding challenges, ever-changing rules and fraud concerns. The take-up has been widespread in part because businesses can have the government-backed debt wiped clean if they spend most of the money on payroll.

The politics of the funding discussion will likely be tougher than they were last year, as the U.S. economy shows signs of rapid recovery from Covid-19. But advocates say that’s no reason to end support for small businesses that are still struggling to take advantage of the nation’s reopening.

“Vaccine-spurred job growth indicates that yes, we see light at the end of this very dark tunnel,” said Rebecca Shi, executive director of the American Business Immigration Coalition, which is calling for more funding. “But like masks, we should not let up on PPP, particularly for the smallest borrowers and rural businesses to recover and rebuild. ”

Last month, lawmakers rushed to negotiate and pass bipartisan legislation to delay the program’s application deadline to May 31 from March 31 amid widespread concerns that many employers seeking aid would be left out.

The original March 31 cutoff also became a problem because Biden had just enacted new rules to ensure that loans reached the smallest, hardest hit businesses that had long strained to gain access to the program, including the self-employed, business owners with criminal records and those with student loan delinquencies.

The decision to delay the deadline coupled with the move to expand access threw off plans Congress made last year for how long the remaining PPP funding would remain available.

The SBA first disclosed the potential funding lapse late last month, when an official running the PPP told the Senate Small Business Committee that money available for loans would likely run out by mid- to late-April.

Now, the money may be exhausted well before Congress has time to fully consider appropriating new funds. Lawmakers left Washington last month and aren’t scheduled to return until next week.

The funding issue also creates complications for other changes lawmakers had been planning to make to the program.

One of the big updates legislators have been considering would allow self-employed business owners to retroactively increase the size of their existing PPP loans if they received them before Biden changed the rules last month.

The change would further increase demand for PPP money.

Senate Small Business Chair Ben Cardin (D-Md.), who has been working with Republicans on legislation to revise the PPP rules, “would also be open to a bipartisan effort to add funds to the program,” a spokesperson said.

But not all business groups are getting behind the lobbying campaign for more PPP money, including those that pushed Congress to extend the program’s application deadline.

The National Federation of Independent Business, which advocates for small firms, is on the sidelines after finding in a recent survey that few businesses were either planning to apply for PPP loans or considering it. Small Business Majority, another advocacy organization, wants Congress to consider other relief options for the hardest-hit businesses and those that have been “left behind by PPP,” including grants, said John Arensmeyer, the group’s founder and CEO.

Some of the PPP’s biggest backers instead want to ensure that separate SBA grant programs that the agency plans to launch this month for live venues and restaurants get off the ground and have sufficient funding.

Among them is the U.S. Chamber of Commerce, which is not likely to support additional PPP money, said Tom Sullivan, the Chamber’s vice president of small business policy.

“The Chamber has steadfastly advocated for targeted and temporary relief,” he said. “Further extending PPP would be a step backward in meeting that strategic imperative.”

The looming funding lapse is creating new headaches for banks and other lenders responsible for distributing PPP funds on behalf of the government. It will force them to consider whether to stop taking applications early — to ensure customers get through the process — or to take applications right until the money’s exhausted with the hope lawmakers replenish the program.

Banks want more information from the government on what to expect. Bill Briggs, a former SBA official who ran the PPP until January, said lenders often need to make operational decisions two to three weeks out from when funding may expire.

The Consumer Bankers Association, which represents many of the nation’s largest banks, has urged the SBA to “communicate clearly, directly, and frequently so that banks can fully understand the status of the funds and manage expectations with their customers accordingly,” said the group’s general counsel, David Pommerehn.

Many bankers are ready to put the PPP behind them — even after reaping fees for issuing the loans — but some are joining the push for Congress to revive the program one more time.

Pennsylvania-based Customers Bank, one of the most prolific PPP lenders, believes another $150 billion would be sufficient to help meet demand from hundreds of thousands of eligible applicants.

At issue in the policy debate is the best way to take care of gig workers, sole proprietors and other very small companies, said David Patti, Customers Bank’s director of communications and marketing.

“Those people are still hurting,” he said. “There’s a good policy argument to say, yes, that’s a reasonable way to give them a chance to get back into the economy.”