Despite The Pandemic, 44% of Americans Expect Their Financial Position to Improve in 2021 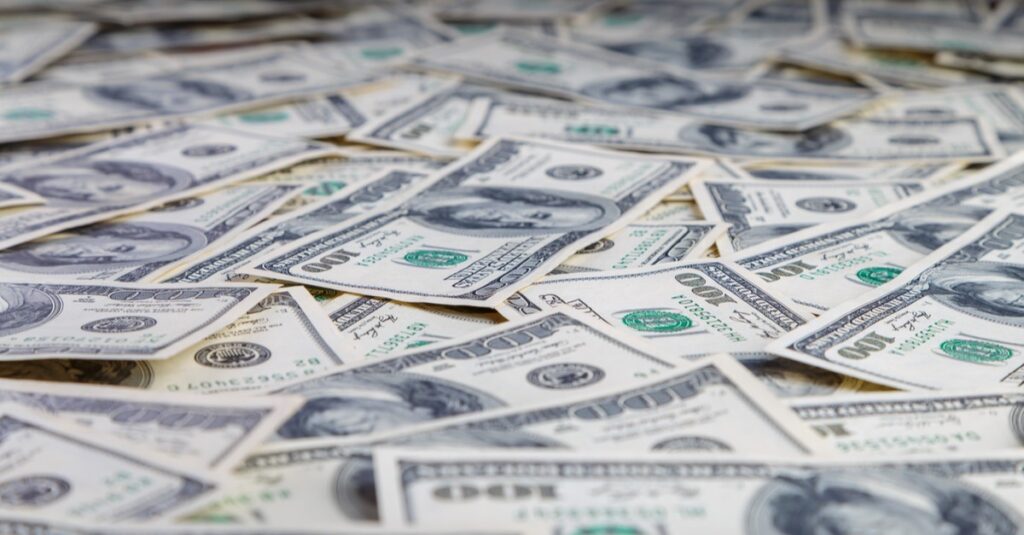 How has your life changed since February 2020?

It’s no secret that the nation has been financially devastated by the coronavirus pandemic over the past year. But despite the widespread suffering, many Americans feel their finances are in good shape and will get better over the course of this year.

In a new survey from Money and Morning Consult, 63% of people say their current financial situation is the same or better now than it was a year ago. Another 44% say they expect their financial position to improve in 2021.

Conducted between Jan. 26 and Jan. 28, the poll of 2,200 reveals a sharp divide in how the coronavirus crisis has impacted Americans’ wallets over the past 12 months. While some held steady or prospered, others floundered financially. And the difference between the haves and the have-nots is going to greatly influence how they begin to recover this year.

Let’s break it down.

A year into the pandemic, many people are financially stable

Unsurprisingly, people who earn over six figures are the most inclined to say they’re doing well now, with 77% reporting a good or excellent financial position. Retirees come next (63%). Baby Boomers, or those born between 1946 and 1964, are the generation most likely to describe their situation as good or excellent (59%); homeowners report the same strong financial standing.

Overall, a quarter of adults say their finances are actually somewhat or much better now than they were a year ago. This includes 37% of respondents with post-graduate degrees and 34% of Gen Zers, or those born between 1997 and 2012.

This tracks with what we already know: Minorities, women and those working low-paying jobs were hit particularly hard last year due to the nature of the crisis. Wealth inequality has been a problem for decades, but it’s become even more obvious during what the Washington Post called “the most unequal [recession] in modern U.S. history.” We’re also staring down a potential K-shaped economic recovery, or one in which some sectors and populations bounce back faster than others.

Nancy Vanden Houten of Oxford Economics says the path of the economy is closely linked to the course of the pandemic. Although the situation is constantly changing, it does appear progress is being made.

“I think people are taking the long view and are optimistic that the economy will improve in 2021,” Vanden Houten, Oxford’s lead economist, says. “There are concerns with new strains of the virus, but there is also real hope for widespread immunity as more of the population gets vaccinated.”

Their expected use of credit cards is another sign that Americans are fairly optimistic about 2021. Though 41% of adults say they’ll charge about the same amount, a quarter of say they’re planning to use their credit cards much less or somewhat less this year. This is especially true for people whose work hours have increased since February 2020 (31%) and those who rated their finances fair and poor (30%). More than half (55%) of people who say their finances are excellent/good plan to use their credit cards about the same amount in 2021 as they did in 2020.

Overall, more than a third of Americans also expect to have less debt this year (36%), including 40% of parents. About15% total say they’ll likely have much or somewhat more debt in 2021.

Surprisingly, one in five people say they’re already spending at the same level they were before the pandemic. For those who aren’t, 10% say they think their spending will be back to normal by August. Another 8% expect to snap back in the next nine months, and 15% predict it’ll happen in the next year.

Also encouraging is that 84% of respondents enter 2021 with extra funds, such as stimulus payments or savings, left over from last year. And most don’t plan to spend them to keep their head above water, financially speaking. Tackling debt is on the to-do list for some, with 31% of respondents saying they plan to use funds from 2020 to pay off those obligations. Yet more than two-thirds of Americans have no plans to use extra money from last year on debt payments, or to buy necessities.

Not that a lot of people plan to be frivolous with surplus funds. Just 10% of adults say they’re going to spend their leftover cash on something nice or fun, and 5% plan to donate it to charity.

Survey respondents are a little less serious when it comes to their overall expected spending in 2021. If the dreary weather has you dreaming of a beach vacation, you’re not alone. More than a quarter (27%) of adults say they plan to travel more this year than last, particularly Gen Zers (34%), millennials (29%) and those with post-grad education (41%).

Clark Kendall, president and CEO of Kendall Capital in Rockville, Maryland, says he’s heard from clients who are “basically sitting on a fistful of cash, wanting to travel and planning out their trips to Ireland and Scotland.”

“There’s pent-up demand for people wanting to spend money who have the money to spend,” he adds.

Another 17% of Americans say they’re going to invest more in the stock market, especially Gen Zers (27%), millennials (27%), students (28%) and those who have increased work hours since last February (38%).

People also have big plans for eating out in restaurants or bars, which a quarter of adults say they plan to do much or somewhat more in 2021 than they did last year (27%). But entertainment isn’t seeing much of a comeback: Fewer respondents expect to spend more on movies in theaters (18%), on fitness (16%) and on amusement parks (13%) in 2021.

Recovery in those R&R areas may take a little longer. “The pullback in consumer spending has been concentrated in the services sector,” Vanden Houten says, calling out the “inability” of upper-income households to spend money on categories like entertainment. “When the pandemic has been contained, we expect spending in this area to rebound sharply.”

Speaking of the future, 15% of adults say they’re planning to invest in a 401(k) plan this year, including 39% of respondents between ages 18 and 44. But just 8% overall say the same for a Roth IRA, which count 15% of government workers and 16% of students among their fans.

“We will have crises in the future. Last year we called it COVID, 10 years ago we called it the banking crisis, 20 years ago it was the Y2K problem,” he says. “When you have a long-term strategy, you can use those crises to take advantage and meet your long-term goals.”

A ton of adults are still struggling to make ends meet

Of course, we can’t overlook the fact that much of the country was — and still is — financially devastated by the pandemic. More than a third of respondents say their situation is somewhat or much worse now than it was in February 2020 (37%). A relatively small group between the haves and have-nots see themselves merely holding their own in 2021. About 27% of respondents expect their financial situation to stay roughly the same this year.

But those cutting corners have developed a game plan so they can make ends meet.

“When you make those small changes, that’s where people become very successful as far as having control of their finances,” he adds. “It’s like planting a tree. You can have a beautifully landscaped yard relatively quickly.”

Those really tight on cash would rather ask their pals for money than the bank. Whereas 16% say they’d definitely or probably take a loan from a friend or relative, only 11% are considering a bank loan.

Americans are tapping their retirement funds, as well. The CARES Act allowed for penalty-free 401(k) withdrawals of up to $100,000, and it seems people took advantage. Over a third of adults admit to spending money they’d previously put away for retirement since the beginning of the pandemic (35%). Of them, 21% used the funds to pay for necessities like food or rent.

This doesn’t seem like it’s going to change anytime soon. About a third of Americans say they expect to spend money intended for retirement to pay off debt and purchase essentials in 2021 (30%). Specifically, people who lost their job in 2020 (44%), those with fair or poor finances (35%) and parents (34%) all intend to use their retirement money to cover non-retirement expenses this year.

Although using retirement funds for non-retirement purposes is certainly not ideal, Kendall says it’s not the end of the world. If someone has been disciplined with their financial plan and saving correctly for decades, a CARES Act 401(k) withdrawal may only push back their retirement from, say, age 66 to age 66 1/2.

“You’re still healthy. You still have your home. Basically, you just had to restructure,” he adds.

When Congress approved the first round of stimulus checks in March 2020 — the $1,200 ones — Census data showed that most households with incomes under $25,000 used the payments to meet expenses like food, rent, gas and electricity.

Lawmakers are now using this narrative to push for a third stimulus check. As President Joe Biden said last month, “if you’re like millions of Americans all across this country, you need the money, you need the help, and you need it now.”

According to Vanden Houten, the impact of a third stimulus check depends a lot on how the payments are structured and put to use.

“The question is more, will people spend their checks now or spend them later?” she says. “We expect lower-income households who have lost employment would be quick to spend these checks on necessities, while other households might spend them over time.”

Just how much money are we talking? Well, that’s exactly what Democratic and Republican politicians are fighting over. Biden has proposed $1,400 payments, but the the GOP is wary of passing another expensive package.

Ah, partisan debate. Maybe this February is like last year, after all.