Child Tax Credit: Millions of parents could soon get up to $3,600 per child 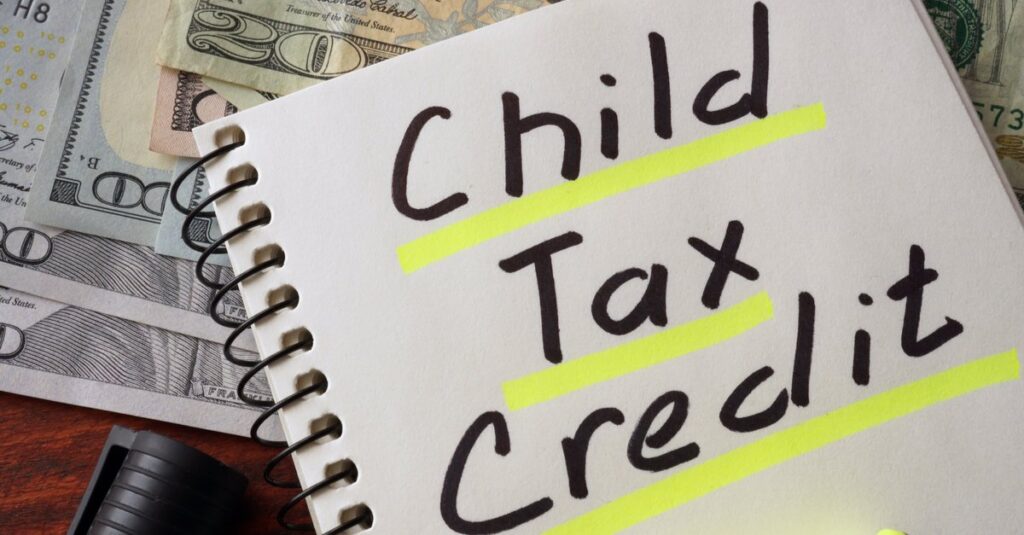 The $1.9 trillion American Rescue Plan, signed into law by President Joe Biden, is aimed at shoring up the pandemic-stricken economy through fiscal measures like expanded unemployment aid and direct stimulus checks. But the legislation also includes a relatively novel measure that offers a form of guaranteed income to parents of children under 18, or what one expert calls “a baby step toward universal basic income.”

That’s because the relief bill includes an overhaul of the Child Tax Credit (CTC), a 24-year-old part of the nation’s tax law that today primarily benefits middle- and upper-income families. The American Rescue Plan overhauls the CTC by expanding the benefit from $2,000 annually to as much as $3,600 per child. It also includes more low-income households and doles out the credit’s benefit through monthly cash payments.

Those changes could have a major impact on millions of families, especially low-income households and those whose earnings can fluctuate from month to month. More than 4 million children could be lifted out of poverty, particularly children from Black or Latino families, according to analysis from the Center on Budget and Policy Priorities.

The expanded CTC will require about $100 billion in additional federal spending. Columbia University researchers estimate that it will generate more than $800 billion in benefits to society through better health for children and their long-term outcomes.

“It’s a big deal,” said David Wessel, director of The Hutchins Center on Fiscal and Monetary Policy at The Brookings Institution. “It’s one of the most significant steps we’ve taken to lift children out of poverty. In many other countries, the government subsidizes families with children because they are the ultimate investment in the future.”

Wealthy countries such as Sweden and Ireland provide “child allowances” — direct payments to families to help with the cost of raising children. With the overhaul of the CTC, the U.S. will be joining those countries — albeit temporarily — in providing direct aid on a recurring basis to families with children.

“It puts us in the same league of other Western capitalist democracies,” Wessel added. “It is a baby step toward universal basic income, or guaranteed income, and it’ll be interesting to see how it works in practice and how it’s perceived by the public.”

The CTC has helped millions of families over the years, but its peculiar design meant that it sometimes bypassed the poorest families. Families who owed little or no income taxes were only eligible for up to $1,400 per child, rather than the $2,000 benefit provided to wealthier families, according to the Brookings Institution.

About 27 million children don’t currently receive the full tax credit, said Kris Cox, deputy director for Federal Tax Policy at the Center on Budget and Policy Priorities. “The current design of the child tax credit is upside down,” Cox added.

That created a lopsided impact, with lower-income families less likely than wealthier families to benefit from the tax credit. In fact, about 40% of the tax credit went to families earning more than $100,000, while only 15% was directed to households with less than $30,000 in income, Brookings noted.

“We want the tax code to lift our low-income families up, and it wasn’t doing that,” said Joanna Ain, associate director of policy at Prosperity Now, a nonprofit focused on expanding economic opportunities for low-income households.

Under the American Rescue Plan, the CTC will be expanded to $3,600 for each child under 6 and $3,000 for each child between 6 to 17 years old (the credit previously excluded children who were 17.) Those amounts will also be available to all low-income families, marking a shift from its prior limits for poor families.

The provision also includes income cutoffs for higher-income households, similar to the stimulus checks’ income thresholds. Single taxpayers earning up to $75,000 and married couples earning up to $150,000 would receive the full credit of either $3,000 or $3,600 per child, but the payments would be reduced for people with earnings above those thresholds.

Families who earn too much to qualify for the expanded tax credits could still claim the base $2,000 credit for their children provided their incomes are below the current thresholds of $200,000 for single taxpayers and $400,000 for married couples.

Monthly payments — for a while

Aside from those changes, the CTC will be partially paid out on a monthly basis, rather than claimed once per year when people file their tax returns. In other words, a family with two children under 6 would qualify for $7,200 in CTC payments, or $600 in monthly payments.

But there’s a hitch: The monthly payments will run only from July through December of this year, with the other half of the CTC paid when people file their tax returns. In other words, households would receive six months of monthly income, and then would receive the rest of the CTC through their tax refund.

Even so, receiving guaranteed monthly income for half of 2021 could be a game changer for many low-income families, experts say. Low-income households have been particularly hurt by the pandemic’s economic impact, partly because they are more likely to work in jobs that couldn’t shift to remote work.

“We see so much volatility in a person’s paycheck throughout the year, especially low-income families’ paychecks,” Ain said. “The stability of having an amount of money that comes each month will improve their quality of life.”

The expansion of the Child Tax Credit is only designed for one year, which means the program may revert to its previous form in 2022. But policy experts are hopeful that lawmakers may extend the expansion, especially if it proves popular with voters. If the provision is not extended, millions of families could see the recurring aid end after the holidays.

To be sure, the Biden administration and some congressional Democrats have acknowledged their goal to make the expansion permanent as part of their Build Back Better agenda, signaling they consider an investment in children will pay off through a stronger economy overall.

“These things don’t tend to go away” once they’re enacted, Wessel noted.