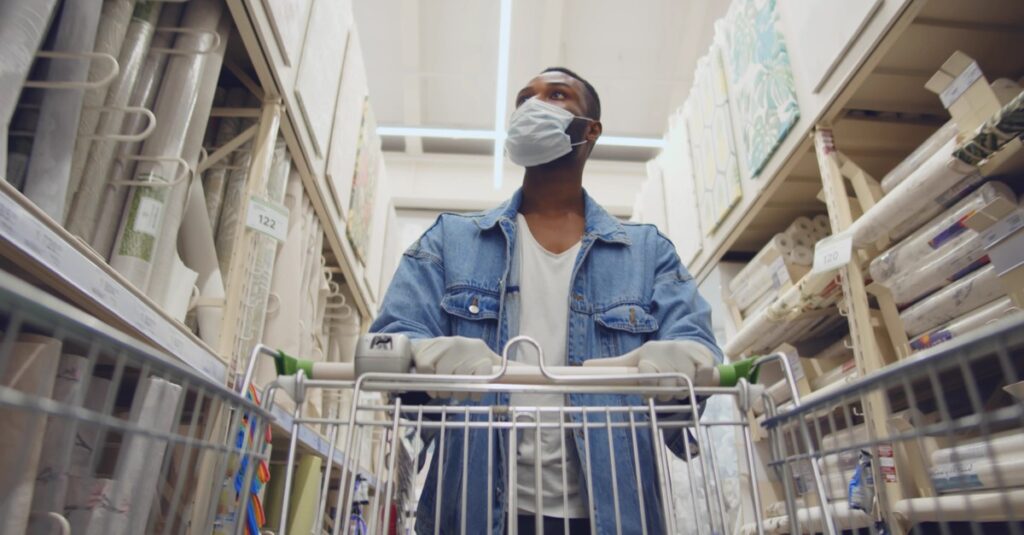 Sales increased 0.7% for the month against the Dow Jones estimate of a decline of 0.8%.

A separate economic report showed that weekly jobless claims increased to 332,000 for the week ended Sept. 11, according to the Labor Department. The Dow Jones estimate was for 320,000.

Economists had expected that consumers cut back their activity as the delta variant continued its tear through the U.S. Persistent supply chain bottlenecks also were expected to hold back spending as in-demand goods were hard to find.

The pandemic’s impact did show up in sales at bars and restaurants, which were flat for the month though still 31.9% ahead of where they were a year ago.

However, sales were strong for most areas during the month, when back-to-school shopping generally results in a pickup in activity, especially so this year as schools prepared to welcome back students after a year of remote learning.

The headline number would have been even better without a 3.6% monthly drop in auto-related activity; excluding the sector, sales rose 1.8%, also well above the 0.1% expected gain.

The numbers overall reflected a more resilient consumer, with sales up 15.1% from the same period a year ago.

The retail upside surprise was tempered slightly with a disappointing read on jobless claims.

Initial filings increased 20,000 from a week ago after posting a fresh pandemic-era low. Still, the four-week moving average, which accounts for weekly volatility, declined to 335,750, a drop of 4,250 that brought the figure to its lowest point since March 14, 2020, at the pandemic’s onset.

The claims total came under heavy seasonal adjustments, as the unadjusted figure showed a drop in filings of 23,331 to 262,619.

However, those receiving compensation under all programs actually increased just ahead of the expiration of enhanced federal jobless benefits. That total, through Aug. 28 and thus before the expiration, rose by 178,937 to 12.1 million.

In a separate economic report, the Philadelphia Federal Reserve reported its manufacturing activity index rose 11 points to 30.7, representing the percentage difference between firms reporting expanding activity against those seeing contraction. That number was well ahead of the Dow Jones estimate of 18.7.