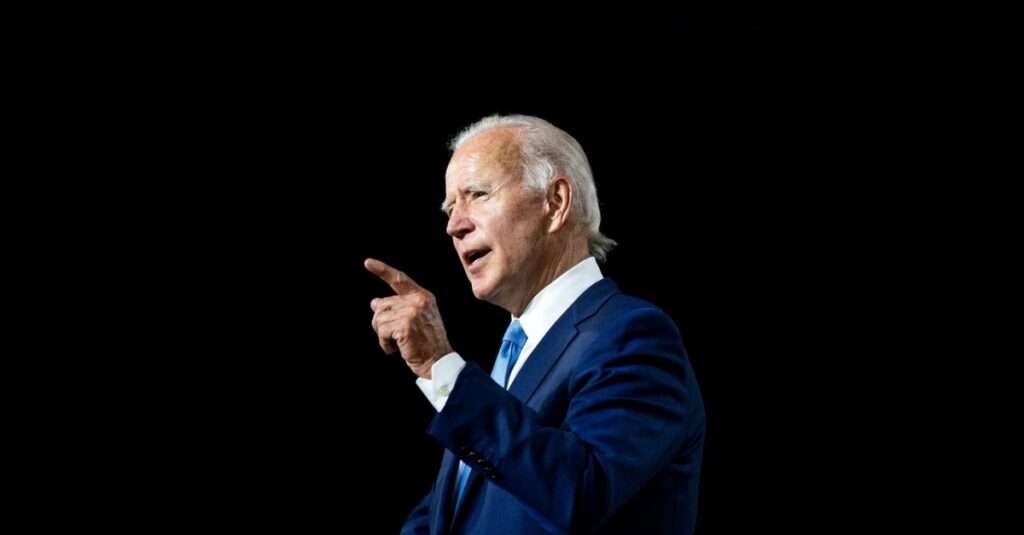 President Joe Biden recently said that he’s considering some level of broad-based student loan forgiveness in the coming weeks, and one Democrat who has repeatedly pushed for cancellation says that’s major progress.

“All we know is that the President has expressed an openness to to cancel some debt… that in its in and of itself, is a tremendous victory,” Congresswoman Ayanna Pressley (D-MA) told Yahoo Finance in an exclusive interview (video above), later adding: “Any relief that we can provide people in the midst of unprecedented economic hardship as we begin to round the corner and head into a recovery from this pandemic induced recession would make a difference.”

Pressley, alongside Senate Majority Leader Chuck Schumer (D-NY), and Senator Elizabeth Warren (D-MA) have repeatedly called on Biden to cancel $50,000 in student loan debt immediately via executive order on the premise that there is sufficient legal backing for the administration to do so.

“This is about the president keeping his word,” Pressley stressed. “He has the authority, and I think he has a mandate from this electorate… this is about being responsive to the multi-generational, multiracial coalition, which decisively elected him.”

The basic argument for broad cancellation, as detailed by the Legal Services Center of Harvard Law School, is that the Education Secretary has the power “to cancel existing student loan debt under a distinct statutory authority — the authority to modify existing loans found in 20 U.S.C. § 1082(a)(4).” (Toby Merrill, who founded the Project on Predatory Student Lending at Harvard Law School and co-authored the legal analysis, currently works for the Education Department.)

Biden ‘in the process of taking a hard look’
President Biden, who backed broad student loan forgiveness of $10,000 on the campaign trail in 2020 amid more generous proposals from then-rivals Sen. Bernie Sanders (D-VT) and Warren, has been mostly reluctant to do so after he entered the White House.

On Thursday, during a press conference, Biden reversed that sentiment and said he was “considering dealing with some debt reduction.” He was not in favor of erasing $50,000 in student loan debt per borrower, he stressed, but added that he was “in the process of taking a hard look at whether or not there are going to — there will be additional debt forgiveness, and I’ll have an answer on that in the next couple of weeks.”

On Friday, Bloomberg reported that he was considering canceling “at least $10,000” per borrower.

Pressley said this was a good sign, regardless of his resistance to cancelling $50,000.

“I’ve always advocated for a broad-based student debt cancellation,” she said. “It’s transformational, it’s impactful, and we were advocating for $50,000 by executive action, because that would help 80% of those in the lowest income bracket.”

Cancelling $10,000 in student loan debt per borrower would help the most number of borrowers at the lowest cost, recent research from the New York Fed found.

The Fed researchers, using data from the New York Fed/Equifax Consumer Credit Panel, estimated the cost of two federal loan forgiveness proposals, one for $10,000 and another for $50,000. They found that limited forgiveness and placing income caps on who would be eligible would “distribute a larger share of benefits” to low-income borrowers while also reducing the cost of forgiveness.

Rep. Pressley has repeatedly stressed that women and people of color hold significant levels of student loan debt and that cancellation would represent a massively impactful form of relief given the disproportionate burden.

“The first thing we did was reform the system that was in place that didn’t work for anybody that allowed people to write off debt if they engaged in public service,” Biden said, pointing to ED’s efforts to allow more civil servants to take advantage of the Public Service Loan Forgiveness (PSLF) program.

In any case, what happens after some student debt is erased?

“Student debt cancellation would be historic and life changing … [but] what we’re really trying to address here is an affordability crisis,” Pressley said. “We need to expand Pell Grants, we need tuition free college. And then there’s so many other things that we need to do to right-size the burden that working families are experiencing, particularly in the midst of rising inflation.”