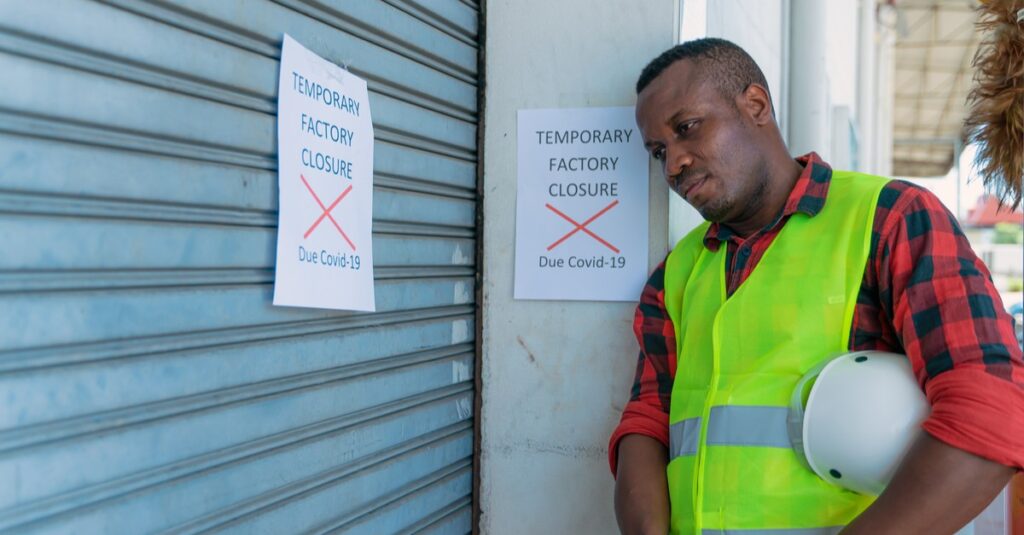 The number of people filing for unemployment benefits jumped last week to the highest level since October, the Labor Department said Thursday.

That may signal a troubling rebound, after claims hit recent lows unseen in over 50 years. But the one-week bump may not portend an ugly trend for the labor market, according to economists.

Here’s what to know.

Omicron
A recent surge in Covid cases, fueled by the highly contagious omicron variant, likely contributed to the spike in claims last week, economists said. But the extent of that impact is unclear.

Average daily U.S. Covid cases hit a recent peak of almost 798,000 on Jan. 15 — nearly double the tally from the beginning of the year and roughly eight times that of early December, according to Centers for Disease Control and Prevention data.

Meanwhile, initial claims for unemployment benefits (a proxy for applications) hit 286,000 the week ended Jan. 15, according to the Labor Department. That’s an increase of 55,000, or 24%, from the prior week.

A decline in consumer demand amid rising caseloads may have led businesses to furlough workers. Others may have shut their doors temporarily if too many staff members were ill or exposed to the virus.

“People are losing paychecks to omicron,” Diane Swonk, the chief economist at Grant Thornton, said in a tweet. “The losses are large enough to apply for [unemployment insurance], which means layoffs being triggered by workers out ill and people’s fear of contagion.”

About 8.8 million workers said they were out sick with the virus or caring for an ill family member between Dec. 29 and Jan. 10 — a pandemic-era record, according to federal data.

(A quirk in unemployment rules disallows benefits for workers who test positive for Covid; but someone who’s exposed or who loses hours due to a business shutdown may be eligible.)

However, elevated caseloads likely aren’t the only factor at play, according to economists.

Seasonal swings
January is normally a volatile time of year for jobless claims.

That’s largely due to seasonal labor patterns — layoffs of temporary holiday workers, construction projects affected by winter weather, people delaying a claim for benefits until after the holidays are over.

“It’s pretty normal to see a spike in claims in January,” according to Daniel Zhao, a senior economist at the career site Glassdoor.

The Labor Department adjusts its weekly unemployment data to account for these seasonal patterns. But pandemic-era distortions to the labor market make it more difficult to control for those factors.

“Seasonality in the best of times can be tricky to interpret, especially during a pandemic when everything is upside down and really wacky,” according to AnnElizabeth Konkel, an economist at job site Indeed.

It’s therefore hard to assess the impact of rising Covid cases on layoffs and furloughs relative to the typical winter reasons.

That said, average unemployment claims have risen modestly, suggesting a slight upward trend. (The four- week average was up by 20,000 last week.)

“We are starting to see something. Maybe it’s just a little blip, and hopefully not a longer multi-week trend,” Konkel said. “My suspicion is this is the economic impact of the surge showing up in data.”

That said, average unemployment claims have risen modestly, suggesting a slight upward trend. (The four- week average was up by 20,000 last week.)

“We are starting to see something. Maybe it’s just a little blip, and hopefully not a longer multi-week trend,” Konkel said. “My suspicion is this is the economic impact of the surge showing up in data.”

“Initial claims are still fairly low, still close to pre-pandemic levels,” Zhao said. “And the labor market was very strong before the pandemic.”

That’s due largely to the current high demand for workers. Job openings are near record levels and a record 4.5 million people quit their jobs in November.

“I don’t think we’ll see a repeat of massive layoffs we saw in early 2020,” Konkel said. ”[Businesses] are struggling to get workers in the first place, so they will think long and hard about layoffs.”