Crypto.com CEO has History of Red Flags Including Bankruptcy and Quick Exits 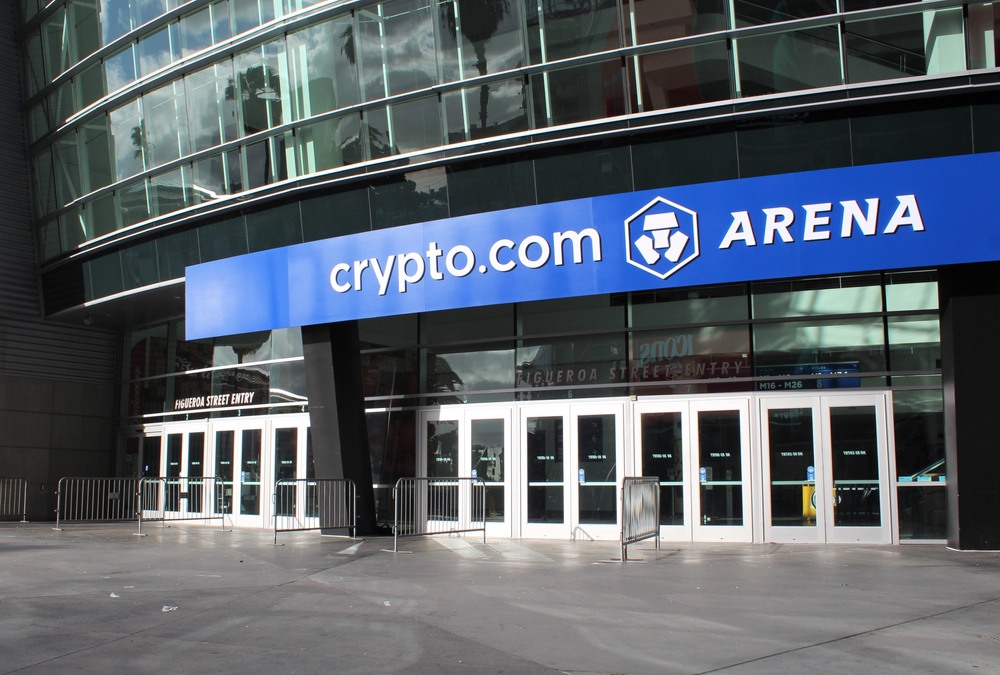 Kris Marszalek wants everyone to know that his company, Crypto.com, is safe and in good hands. His TV appearances and tweets make that clear.

It’s an understandable approach. The crypto markets have been in freefall for much of the year, with high-profile names spiraling into bankruptcy. When FTX failed last month just after founder Sam Bankman-Fried said the crypto exchange’s assets were fine, trust across the industry evaporated.

Marszalek, who has operated out of Asia for over a decade, subsequently assured clients that their funds belong to them and are readily available, in contrast to FTX, which used client money for all sorts of risky and allegedly fraudulent activities, according to court filings and legal experts.

Bankman-Fried has denied knowing about any fraud. Regardless, FTX clients are now out billions of dollars with bankruptcy proceedings underway.

Crypto.com, one of the world’s largest cryptocurrency exchanges, may well be in fine health. After the FTX collapse, the company published its unaudited, partial proof of reserves. The release revealed that nearly 20% of customer funds were in a meme token called shiba inu, an amount eclipsed only by its bitcoin allocation. That percentage has dropped since the initial release to about 15%, according to Nansen Analytics.

Marszalek said in a Nov. 14 livestream on YouTube that the wallet addresses were representative of customer holdings.

On Friday, Crypto.com published an audited proof of reserves, attesting that customer assets were held on a one-to-one basis, meaning that all deposits are 100% backed by Crypto.com’s reserves. The audit was performed by the Mazars Group, the former accountant for the Trump Organization.

While no evidence has emerged of wrongdoing at Crypto.com, Marszalek’s business history is replete with red flags. Following the collapse of a prior company in 2009, a judge called Marszalek’s testimony unreliable. His business activities before 2016 — the year he founded what would become Crypto.com — involved a multimillion-dollar settlement over claims of defective products, corporate bankruptcy and an e-commerce company that failed shortly after a blowout marketing campaign left sellers unable to access their money.

Court records, public filings and offshore database leaks reveal a businessman who moved from industry to industry, rebooting quickly when a venture would fail. He started in manufacturing, producing data storage products for white label sale, then moved into e-commerce, and finally into crypto.

CNBC reached out to Crypto.com with information on Marszalek’s past and asked for an interview. The company declined to make Marszalek available and sent a statement indicating that there was “never a finding of wrongdoing under Kris’s leadership” at his prior ventures.

After CNBC’s requests, Marszalek published a 16-tweet thread, beginning by telling his followers: “More FUD targeting Crypto.com is coming, this time about a business failure I had very early in my career. I have nothing to hide, and am proud of my battle scars, so here’s the unfiltered story.” FUD is short for fear, uncertainty and doubt and is a popular phrase among crypto executives.

In the tweets, Marszalek described his past personal bankruptcy and the abrupt closure of his e-commerce business as learning experiences, and added that “startups are hard,” and “you will fail over and over again.”

‘Business failure’ — faulty flash drives
Marszalek founded a manufacturing firm called Starline in 2004, according to his LinkedIn profile. Based in Hong Kong, with a plant in mainland China, Starline built hardware products like solid state drives, hard drives, and USB flash drives. Marzsalek’s LinkedIn page says he grew the business into a 400-person company with $81 million in sales in three years.

There was much more to the story.

Marszalek owned 50% of the company, sharing ownership and control with another Hong-Kong based individual, who partnered with Marszalek in multiple ventures.

In 2009, Marzsalek’s company settled with a client over a faulty shipment of flash drives. The $5 million settlement consisted of a $1 million upfront payment and a $4 million credit note to the client, Dexxon. The negotiations over the settlement began at some point after 2007.

Court documents don’t show whether Starline made good on either the $1 million “lump sum settlement fee” or the $4 million credit note. Starline was forced into bankruptcy proceedings by the end of 2009, court records from 2013 show.

Over the course of 2008 and 2009, Marszalek and his partner were transferred nearly $3 million in payments from Starline, according to the documents.

Over $1 million was paid out to Marszalek personally in what the court said were “impugned payments.” His partner took home nearly $1.9 million in similar payments.

“It appears that there was a concerted effort to strip the cash from Starline,” Judge Anthony Chan later wrote in a court filing.

Some $300,000 was paid by Starline to a British Virgin Islands holding company called Tekram, the document says. That money went through Marszalek, and Tekram eventually returned it to Starline.

By 2009, Starline had collapsed. Marszalek’s representatives told CNBC in a statement that Starline went under because customers failed to pay back credit lines that the company had extended them during the financial crisis of 2007 and 2008. Starline borrowed that money from Standard Chartered Bank of Hong Kong (SCB).

“The bank then turned to Starline and the co-founders to repay the lines of credit and filed for liquidation of the company,” the statement said.

Marszalek said on Twitter that he had personally guaranteed the loans from the bank to Starline. As a result, when the bank forced Starline into liquidation, Marszalek and his partner were forced into bankruptcy as well.

The court found that the $300,000 transfer to Tekram was “in truth a payment” to Marszalek.

Marszalek said the money in the Tekram transfer was repayment of a debt Starline owed to Tekram. The judge described that claim as “inherently incredible.”

“There is no explanation why the repayment had to be channelled through him or why the money was later returned to the debtor,” the judge said.

Riding the Groupon wave
Bankruptcy didn’t sever the ties between Marszalek and his partner or keep them out of business for long. At the same time Starline was shutting down, the pair set up an offshore holding company called Middle Kingdom Capital.

Middle Kingdom was established in the Cayman Islands, a notorious hub for tax shelters. The connection between Middle Kingdom and Marszalek and his partner, who each held half of the firm, was exposed in the 2017 Paradise Papers leak. The Paradise Papers, along with the Panama Papers, contained documents about a web of offshore holdings in tax havens. They were published by the International Consortium of Investigative Journalists.

Middle Kingdom was the owner of Buy Together, which in turn owned BeeCrazy, an e-commerce venture that Marszalek had started pursuing. Similar to Groupon, retailers could use BeeCrazy to sell their products at steep discounts. BeeCrazy would process payments, take a commission on goods sold, and distribute funds to the retailers.

Sellers and buyers flocked to the site, drawn in by considerable discounts on everything from spa passes to USB power banks. Buy Together drew attention from an Australian conglomerate called iBuy, which was on the verge of an IPO and pursued an acquisition of BeeCrazy as part of a plan to build out an Asian e-commerce empire.

Court filings and Australian disclosures show that to seal the deal, Marszalek and his partner had to remain employed by iBuy for three years and clear their individual bankruptcies in Hong Kong court. The partner’s uncle came forward in front of the court to help his nephew and Marszalek clear their names and debts, filings show.

While the judge called the uncle’s involvement “suspicious,” he allowed him to repay the debt. As a result, both Marszalek and his partner’s bankruptcies were annulled. A few months later, in October 2013, BeeCrazy was purchased by iBuy for $21 million in cash and stock, according to S&P Capital IQ.

A month and a half after buying BeeCrazy, iBuy went public. Marszalek was required to remain until 2016.

The company struggled after its IPO as competition picked up from bigger players like Alibaba. Marszalek was eventually promoted to CEO of iBuy in August 2014, according to filings with Australian regulators.

Marszalek renamed iBuy as Ensogo in an effort to retool the company. Ensogo continued to suffer, running up a loss in 2015 equal to over $50 million.

By the following year, Ensogo had already reportedly laid off half its staff. In June 2016, Ensogo closed down operations. The same day, Marszalek resigned.

After the sudden shuttering of Ensogo, sellers on the site told the South China Morning Press that they never received proceeds from items they’d already delivered as part of a final blowout sale.

″[Many] sellers had already sold their goods but had yet to receive any money from the platform at that time, their money thus vanished altogether with the online shopping platform,” according to translated testimony from a representative for a group of sellers before Hong Kong’s Legislative Council.

One seller told Hong Kong’s The Standard that she lost more than $25,000 in the process.

“It seems to us that they wanted to make huge business from us one last time before they closed down,” the seller told the publication.

Marszalek’s representative acknowledged to CNBC that “the shutdown angered many customers and consumers” and said that was “one of the reasons Kris was opposed to the decision.”

Welcome to crypto
Marszalek moved quickly on to his next thing. The same month he resigned from Ensogo, Foris Limited was incorporated, marking Marszalek’s entry into the crypto market.

Foris’ first foray into crypto was with Monaco, an early exchange.

Monaco rebranded as Crypto.com in 2018.

The company inked a deal with LeBron James for a Super Bowl ad, aired a prior commercial with Matt Damon and spent a reported $700 million to put its name on the arena that’s home to the Los Angeles Lakers. It’s also a sponsor of the World Cup in Qatar.

The market’s plunge in 2022 has been disastrous for all the major players and goes well beyond the FTX collapse and the numerous hedge funds and lenders that have liquidated. Coinbase’s
stock price is down 84%, and the company laid off 18% of its staff. Kraken recently cut 30% of its workforce.

Crypto.com has laid off hundreds of employees in recent months, according to multiple reports. Questions percolated about the company in November after revelations that the prior month Crypto.com had sent more than 80% of its ether holdings, or about $400 million worth of the cryptocurrency, to Gate.io, another crypto exchange. The company only admitted the mistake after the transaction was exposed thanks to public blockchain data. Crypto.com said the funds were recovered.

Marszalek went on CNBC on Nov. 15, following the FTX failure, to try and reassure customers and the public that the company has plenty of money, that it doesn’t use leverage and that withdrawal demands had normalized after spiking.

Still, the market cap for Cronos, Crypto.com’s native token, has shrunk from over $3 billion on Nov. 8 to a little over $1.6 billion today, reflecting a loss of confidence among a key group of investors. During the crypto mania at this time last year, Cronos was worth over $22 billion.

Cronos has stabilized of late, hovering around six cents for the last three weeks. Bitcoin prices have been flat for about four weeks.

Marszalek’s narrative is that he’s learned from past mistakes and that “early failures made me who I am today,” he wrote in his tweet thread.

He’s asking customers to believe him.

“I’m proud of my scar tissue and the way I persevered in the face of adversity,” he tweeted. “Failure taught me humility, how to not overextend, and how to plan for the worst.”