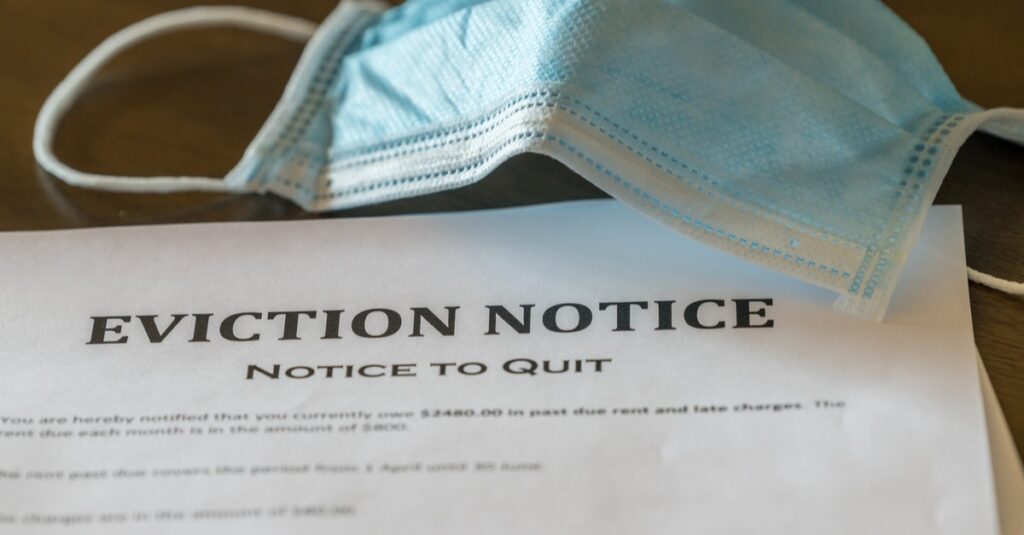 The federal ban on evictions has been extended yet again, bringing relief to tens of millions of renters struggling to catch up.

The Centers for Disease Control and Prevention extended its federal moratorium on eviction for non-payment of rent until June 30.

It marks the third time the deadline for lifting the ban has been pushed back. The CDC’s order first went into effect in September and initially was set to expire at the end of 2020. But then in December, the protection was extended until January 31. As one of his first acts in office, President Joe Biden called on the CDC to extend the ban until March 31.

But now, as that expiration date rapidly approaches, the CDC is once again extending the deadline.

“The Covid-19 pandemic has presented a historic threat to the nation’s public health. Keeping people in their homes and out of crowded or congregate settings — like homeless shelters — by preventing evictions is a key step in helping to stop the spread of Covid-19,” said Rochelle P. Walensky, director of the CDC.

More than $50 billion in federal rent relief money has been earmarked for renters in recent federal stimulus, including $25 billion from the December stimulus and $27 billion in the most recent American Rescue Plan Act. The nation’s renters owed an estimated $57 billion in back rent in January, according to a Moody’s Analytics report.

There were an estimated 12 million renters who were behind on rent in the middle of March, according to a Center on Budget and Policy Priorities analysis of a Census Bureau survey.

While that was an improvement from the end of February, more people of color remain behind. In March, 24% of Black renters, 21% of Latino renters and 20% of Asian renters reported that they are behind, compared to 12% of white renters.

But Landlord groups continue to say the CDC eviction moratorium puts an outsized burden on property owners. Some have not seen payments from tenants for a year.
There are also several legal challenges to the CDC eviction moratorium. Some courts said that the CDC has the authority to issue the order and rejected efforts to stop the ban, while others have ruled in favor of landlords. A federal judge in Ohio ruled that the CDC had overstepped its authority in issuing a nationwide eviction ban. The Department of Justice is appealing a ruling from a federal judge in Texas stating that the federal moratorium on evictions is unconstitutional.

What the ban protects — and what it doesn’t

The federal ban on eviction provides protection to struggling renters who have given their landlord a declaration that they are unable to pay rent. They must agree to make their best effort to pay what they can. But the moratorium is not rent relief. Once the ban is lifted, renters will be expected to pay their entire back rent or set up a payment plan with their landlord. Otherwise, they could face losing their home.
Keeping the ban in place until the rent relief from the stimulus packages can get into the hands of renters and their landlords is critical to preventing many people from losing their homes, said Diane Yentel, the president and chief executive officer of the National Low Income Housing Coalition.
“Extending the order is necessary to ensure that Covid-19 doesn’t start to spread through mass evictions, and in order to ensure that this emergency rental assistance gets out and does what it is intended to do,” Yentel told CNN Business in early March.
Housing advocates had hoped that the extension of the federal eviction ban would be an opportunity to strengthen its protections and boost the enforcement of it.
Too many evictions are still taking place, Yentel said. She’d like to see a blanket protection, not one in which the tenant is responsible for invoking it by providing their landlord with a declaration.
The CDC order imposes criminal penalties on landlords who violate the order, but enforcement has been slim, according to housing advocates, and there is no process for renters to file complaints against landlords in violation.
# eviction moratorium, eviction protection
Previous Post
Next Post