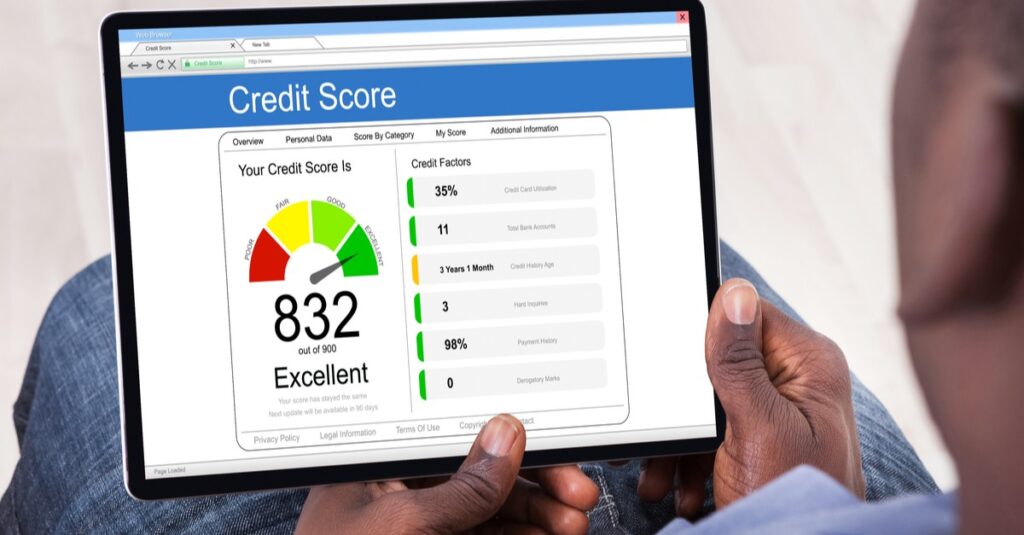 If you looked at Americans’ credit scores lately, you might conclude that most people in the U.S. are financially healthy. In fact, you might be led to believe that despite causing an economic downturn, the pandemic has also helped people become more financially stable — and you wouldn’t be entirely wrong.

While millions of Americans were laid off or furloughed from their jobs, lost their employer-based health insurance and skipped debt payments, their credit scores rose to record levels.

But it makes a lot more sense when you consider government stimulus programs and relief measures, coupled with the reality that consumers have cut back on spending partly because of coronavirus restrictions and business shutdowns.

“We are seeing promising signs in terms of how consumers are managing their credit histories against the backdrop of the COVID-19 pandemic,” said Rod Griffin, senior director of consumer education and advocacy at Experian EXPN, -1.76%.

Almost 10.1 million people remain unemployed — 39.5% of whom have been without a job for at least 27 weeks — down from a pandemic high of 23 million in April.

The Center on Budget and Policy Priorities concluded state revenues in 2020 were about 2% below pre-pandemic. States project budget shortfalls of approximately $145 billion and $130 billion for fiscal years 2021 and 2022.

Like credit scores, U.S. stocks have remained robust, despite turmoil in recent months.

Credit scores hit record highs at the height of the pandemic

FICO and VantageScore are the two most popular credit-scoring services used by lenders to help assess how likely an individual is to repay a loan within 90 days. Both services use a scoring model that ranges from 300 to 850.

But VantageScore, which was created by the three major credit bureaus — Experian, Equifax EFX, -0.88% and TransUnion TRU, -1.24% — generates credit scores for a larger population than FICO because its model doesn’t require six months of reported credit behavior to calculate a score.

Over the course of the pandemic, a greater share of Americans moved out of the subprime VantageScore category, which represents people with scores between 300 and 600. Last January 25.5% of consumers’ scores were subprime. By November, that share fell by nearly three percentage points, according to VantageScore data.

Consumers benefit from accommodations they’ve worked out with lenders

For many consumers, their migration out of the subprime tier can be traced to accommodations they’ve worked out with lenders and credit card companies to delay payments or lower minimum monthly payments, said Emre Sahingur, senior vice president of predictive analytics at VantageScore.

Because of a CARES Act provision, lenders are required to report these accounts as current or “paid as agreed” if the borrower sticks to the terms of the arrangement.

This means that consumers’ credit scores won’t be lowered if they didn’t have any preexisting delinquencies. That would make it easier for these consumers to secure a loan or mortgage in the short and medium term.

It does not mean that consumers’ credit scores are frozen entirely, said Francis Creighton, chief executive of the Consumer Data Industry Association, which represents credit-reporting firms.

As of December, nearly 3% of accounts in the auto, credit card, mortgage or unsecured personal loan industries were in ‘financial hardship’ programs that allow them to defer or temporarily

As of December, nearly 3% of accounts in the auto, credit card, mortgage or unsecured personal loan industries were in “financial hardship” programs that allow them to temporarily pause payments, according to TransUnion data. That’s down nearly two percentage points from May.

The accommodation provision of the CARES Act will remain in effect for 120 days after the national coronavirus emergency is terminated by Congress or President Joe Biden. After that period of time, consumers could be in for a rude awakening: their lender could demand full repayment from the borrower or credit-card holder and, if they’re unable to repay, their credit scores could nose-dive.

“For some people it’s going to be like ripping a Band-Aid off when these deferments and extra unemployment benefits end,” said Schulz. “You’re definitely going to see an increase in delinquencies.”

Research shows that many consumers used stimulus checks and enhanced unemployment benefits to pay down their debt, which has helped boost their credit scores. In tandem, Americans are also utilizing only a small portion of their credit limits in part because they aren’t traveling or dining out, Sahingur said.

In 2020, consumers on average cut their credit-card debt by 14%, according to Experian data. This helped contribute to a 3.5 percentage-point drop in credit-utilization rates from 2019 to 2020.

But once the pandemic is under control and people begin to travel again, their scores won’t necessarily decline, said Creighton.

In the meantime, Americans have freed up some cash by temporarily not having to make student-loan and mortgage repayments. That’s had “an enormous impact” on boosting Americans’ credit scores, Schulz said.

Don’t get too used to stimulus checks and forbearance

As more people continue to get vaccinated, life will slowly return to normal — or, at the very least, a new normal — and businesses will reopen without as severe strict health restrictions.

At that point, it’s unlikely that Americans will continue to receive stimulus checks and enhanced unemployment benefits in addition to receiving accommodations from lenders that help protect credit scores.

There are a number of steps consumers can proactively take to ease the financial burden they may face such as requesting a one-year extension on a 30-year mortgage, Creighton said. That would mean that you pay a smaller amount each month but for longer period of time. Discuss this option with their lenders before their forbearance period ends so that their credit score doesn’t get negatively impacted if they cannot stick to the original repayment terms of their mortgage.

Consumers are currently entitled to a free weekly credit report through annualcreditreport.com. Typically, these reports are only free once a year, but the three major credit reporting agencies are providing free weekly reports through April 2021. Creighton encourages consumers to take advantage of this and regularly make sure their credit is being reported accurately.

If consumers have been paying their phone and utility bills on time they can also get a credit-score boost through Experian Boost, a free service that allows you to add cell phone and utility bill payments directly to your Experian credit report. “We see scores improve for about two out of three people who use Experian Boost with an average improvement of more than 13 points,” Griffin told MarketWatch.

If you have the ability to adjust your lifestyle now to save more money now, you should, Schultz said. “But if you’re having trouble keeping the lights on or getting food on the table, credit should absolutely not be your top priority,” he added.